Men too want to look good, sans the pain 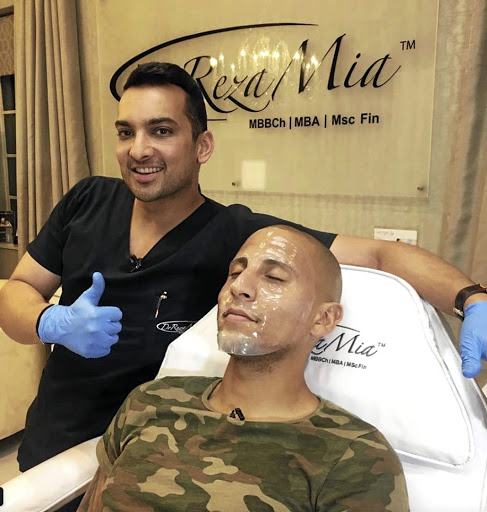 We've seen a lot of 'manly men' this November with their luscious beards.

What many fail to tell you is that they also go through pain to be beautiful. Yes, it's not only Caitlyn Jenner who dabbles in "female" procedures, straight men are also embracing the trend.

From botox to hair implants and body injections for fat sculpting, some men are prepared to go through the pain.

And the doctor to call is Reza Mia in Houghton, Johannesburg. Mia is in the business of making people look good without having to have plastic surgery.

And the former 5fm DJ, Warrick Stock aka Warras, reckons Mia is the best in the business. Mia studied medicine at the University of the Witwatersrand .

The 34-year-old completed his internship at Baragwanath Hospital and his community service at Charlotte Maxeke Johannesburg Academic Hospital.

US make-up artist‚ Sir John has an impressive list of clients including global singing sensation‚ Beyoncé‚ Khloe and Kim Kardashian and Priyanka ...
Entertainment
4 years ago

"People who bought them liked them but they also wanted the real thing," Mia says.

He then started doing botox injections on a part time basis, and the news spread.

Stock, a customer, has been a patient for the last two years as a result of bad ingrown hairs on his face - a problem many black men suffer from.

"What we do there is not Khanyi Mbau Vibes. I am getting old and wanna maintain my youthful looks but the strands of my hair unfortunately curl under the skin and cause ingrowth.

"When I pull it out, it leaves more than a pimple or boil. Imagine having lots of these on your face.

"I went to Mia because I was sick of the pain and the scarring," says Stock. 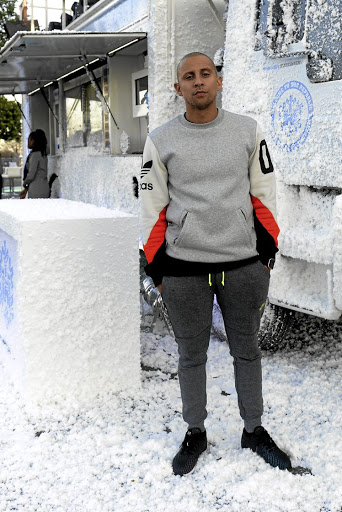 Mia prescribed Dermapen treatment, chemical peels, skin fillers and boosters. But first Stock had to undergo the painful treatment of waxing his face.

"I'm only 30. I don't need botox ... that's for wrinkles and frown lines. But I do get hectic skin peels and injections into the pimples with controlled bleeding.

"I also get skin boosters and fillers that fill out the holes in my face - which make for a tighter skin. I've never had such a smooth face, like a baby's bum, since I was 18," Stock laughs.

He has also opted to have his facial hair removed via laser treatment, which he says takes a couple of sessions and is also a painful but worthwhile exercise.

"If I have no hair growing on my face, it alleviates my scarring problem completely," Stock says.

Reza's anti-aging practice started in 2010 and he now plans to start a franchise.

"The stigma of male botox being a taboo is now falling away. Men are coming in to have various procedures including fillers, botox, hair transplants and body injections for fat sculpting. Men are now really looking after themselves," says Mia.

The toxin used is no different to the one used for women. It's just used differently - conservative men really don't want people to know what they are doing.

"Botox all depends on the problem areas, for example with acne scars people can go as early as 20 years old. For prevention of aging, clients come in from their late 20s to 30s," Mia says.

The past week was all about fashion as designers showcased their collections for the next winter season. Fashionistas, socialites and entertainers ...
Lifestyle
4 years ago

On the hair front, Bio fibre hair implants will get you looking fresh all year round

"This is an artificial hair transplant; it looks like hair, feels like hair but is not real hair. We implant it into the scalp. You can compare it to lawn that does not grow. You don't need to cut it.

"Our clientele is across the board. We like to use it in conjunction with other procedures because it stimulates hair growth," says Mia.

He says more and more men are growing accustomed to the idea that they don't have to go through life bald.

Doctors at anti-aging art clinics are currently the only ones allowed to train others in the country for this procedure. So far they have trained eight doctors in this technique.

Being young and successful is not as easy as it’s made out to be‚ which is one of the reasons why fashion stylist‚ Siya Beyile has openly shared his ...
Shwashwi
4 years ago

About the botox procedure

Muscle contractions in the face lead to formations of fine lines and wrinkles.

Botulinum Toxin type A is recommended for patients seeking preventative and non-invasive anti-aging solutions to fine lines and wrinkles such as crow's feet and frown lines.

How does it work?

Botulinum Toxin A, a well-known injectable that is used to temporarily relax certain muscles of the face to restore youthfulness, is commonly used by Mia in his practice.

Through a relatively painless procedure, Botulinum Toxin A is injected underneath the skin in order to minimise and smooth out lines and wrinkles.

It has the ability to make a remarkable difference to wrinkles and brow position - leaving you with a fresher and more youthful appearance.

It is less expensive, less invasive (requiring no down time and virtually pain free) and semi-permanent solution to anti-aging as opposed to your more traditional surgical procedures.

Botulinum Toxin A is also very effective for excessive sweating under the arms, sweaty hands and feet and is much safer than traditional surgical methods used to reduce hyperhidrosis.