Chiefs coach Middendorp on Ekstein: 'I haven’t seen him today too.' 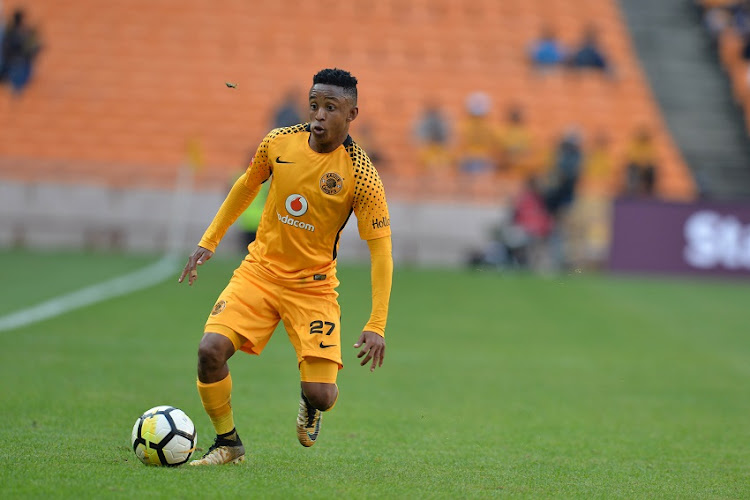 Kaizer Chiefs coach Ernst Middendorp remains hopeful that the contractual dispute between attacking midfielder Pule Ekstein and the club will be resolved swiftly so that the player can be considered for selection in the remaining matches of the season.

Contract extension negotiations appear to have reached a deadlock and and Ekstein missed the club's last two matches.

The player did not feature in the recent league match against Black Leopards and he also did not make an appearance in the Nedbank Cup semifinal against Chippa United in Port Elizabeth on Saturday.

Middendorp urged the club to resolve whatever obstacles that may have led to one of his favourite players being relegated to the sidelines.

Asked to confirm Ekstein's whereabouts after Chiefs beat Chippa 4-2 on Saturday to set up a cup final against lower tier side TS Galaxy on May 18 in Durban‚ Middendorp said: “I haven’t seen him today too.”

Probed further on whether he was missing because of an injury‚ the Chiefs coach said: “No‚ no‚ no‚ he is an asset of Kaizer Chiefs and I've said it before.

“You know sometimes players are busy with private issues‚ busy with certain circumstances. If they can be made responsible for it or not‚ I don’t know actually.

“He is a very important player in the squad and deserves to play like every player who is 100% committed and directed and shows it on the training ground (he must play).

"It's about the reputation of the team and we have this process where everybody understands more and more of what has to be contributed to be successful at the end of the day.”

Ekstein's form has improved immensely since Middendorp's return to Chiefs in December and the midfielder underlined it with a superb performance in the club's 2-0 win against Cape Town City in the quarterfinals of the Nedbank Cup‚ capping the display the display with a goal.

Given Middendorp's response‚ it's not clear if the 28-year-old midfielder will make an appearance against Golden Arrows at the FNB Stadium in a league match on Tuesday night.

Ekstein was reported to have rejected a new two-year contract offered by Chiefs as he felt it came short of his expectations.

The player has been encouraged by his teammates‚ including veteran striker Bernard Parker‚ to renew his contract with Amakhosi.

But having scored only one league goal and produced one assist in 18 league appearances this season‚ perhaps the diminutive midfielder should listen to Parker and others who have advised him to stay put and renew his contract at Chiefs.