Sadio Mane ‘happy at Liverpool’ amid Bayern and Barcelona talk 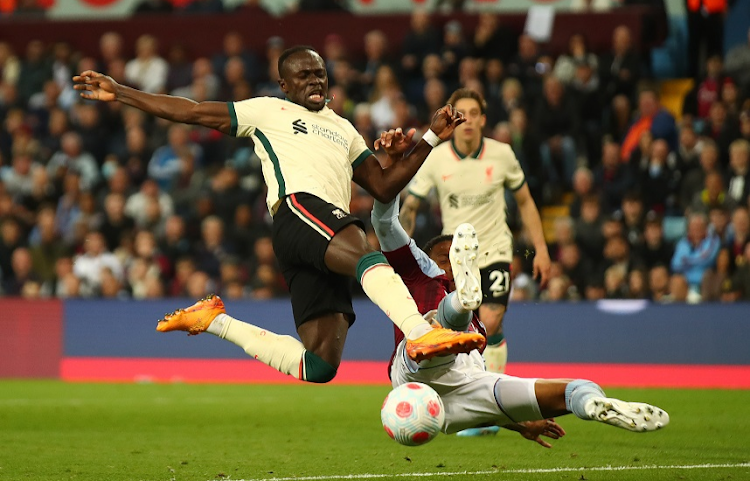 Sadio Mane of Liverpool is challenged by Ezri Konsa of Aston Villa in the Premier League match at Villa Park in Birmingham on May 10 2022.
Image: Chris Brunskill/Fantasista/Getty Images

Sadio Mane said he is happy at Liverpool and trying to enjoy every moment of his time at the club, while speculation about the Senegal forward's future continues to swirl amid links to Bayern Munich and Barcelona.

The 30-year-old, whose contract expires at the end of next season, scored the winner in Tuesday's 2-1 victory against Aston Villa to keep the pressure on Premier League leaders Manchester City. Liverpool are level on points with City, who play Wolverhampton Wanderers later on Wednesday.

Sorting out Mane's future is a key task for manager Juergen Klopp, who has led them to success in the league, Uefa Champions League, Uefa Super Cup and Club World Cup.

Asked by Sky Sports whether he had ever been happier at Liverpool, Mane said: “Yeah, sure, when we won the trophies I think I was more happy.

“But I think I just try to enjoy every moment and try to score and assist for my teammates. I think it is all about the team or nothing — the boys make it easier for me so I am obviously very happy.”

League Cup winners Liverpool, who are also in the Champions League final, can win the second trophy of their campaign when they take on Chelsea in the FA Cup decider on Saturday.