Fifty points could guarantee CAF spot for Royal AM or City

Chiefs can only accumulate maximum of 49 points 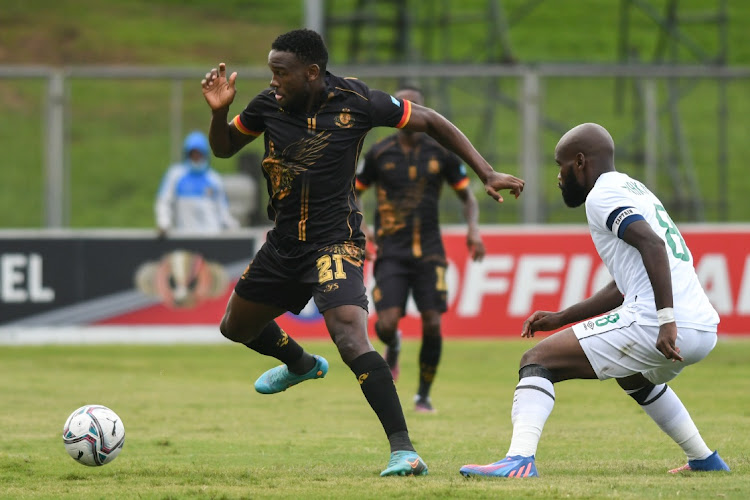 Sparks fly during the DStv Premiership match between Royal AM and AmaZulu FC at Chatsworth Stadium.
Image: Darren Stewart

Apart from second-placed Cape Town City and Royal AM, who have a game in hand in the third spot, Kaizer Chiefs are the only club with a mathematical chance of finishing second in the DStv Premiership.

However, City and Royal have a more realistic opportunity to finish as runners-up in a season where again reaching 50 points has been a struggle for local teams, with champions-elect Mamelodi Sundowns the only side who have reached and surpassed the 50-point mark thus far. Second place guarantees participation in the CAF Champions League next season.

Why are Chiefs practically out of the race for position two? It's because it's unlikely that City, who are on a 12-game unbeaten league streak and the only team without a defeat this year, can fail to bag at least two points from their last two games against AmaZulu and Stellenbosch home and away respectively. At most, Chiefs can finish on 49 points, while two more points for City will put them on 50 points.

City themselves would probably miss out on position two, should Royal win all their three remaining fixtures against Orlando Pirates (home), Golden Arrows (away) and Mamelodi Sundows (home). Nine more points would guarantee Thwihli Thwahla 54 points. City can match this if they win their last two outings, but Royal boast a superior goal difference.

In any case, City and Royal are odds-on to reach the 50-point mark, which would mean only three teams have accomplished that this term. Even last term, only three sides managed to reach 50 points. Those teams were Sundowns, AmaZulu and Pirates. The 2019/20 term is the only season, in the last five, where more than four teams accumulated 50 points upward. Sundowns, Chiefs, Pirates, Bidvest Wits and SuperSport United made that bracket.

Meanwhile, yesterday Cape Town City confirmed their 36-year-old instrumental goalkeeper Hugo Marquez was given a one-year contract extension. The Angolan No.1 has kept more Premiership clean sheets (14) than any other keeper in the division this season.

The decision by CAF to award Morocco the hosting rights of the Champions League final on May 30 has left Al Ahly coach Pitso Mosimane shocked.
Sport
1 week ago

Bafana Bafana legend Doctor Khumalo is questioning why former captain Lucas Radebe is being denied a chance to lead at Safa.
Sport
1 week ago

Ria Ledwaba and Safa could be headed for a nasty court battle after her lawyer confirmed she has been threatened with expulsion had she addressed ...
Sport
1 week ago
Next Article