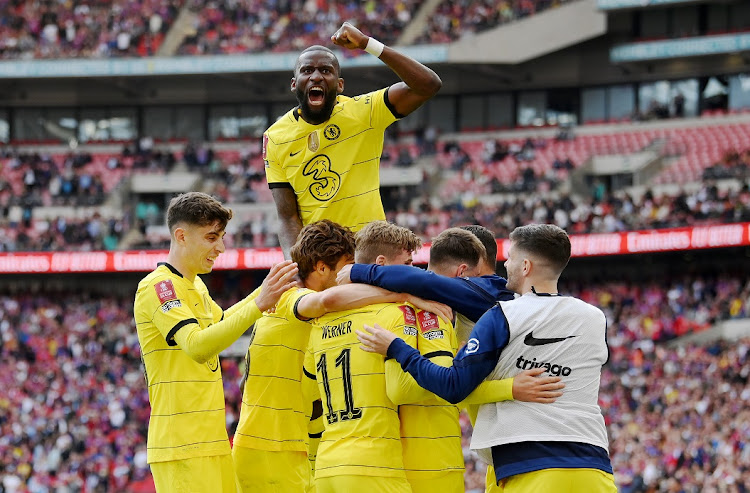 Chelsea reached their third straight FA Cup final with a hard-earned 2-0 win over Crystal Palace at Wembley Stadium on Sunday to set up a showdown with quadruple-chasing Liverpool.

Second-half goals from Ruben Loftus-Cheek and Mason Mount fired Thomas Tuchel's side to victory in the semifinal and secured a place in the May 14 showpiece match vs Liverpool, who beat Manchester City 3-2 on Saturday.

In their fifth FA Cup final appearance in six years, Chelsea will look to make amends after being runners-up to Leicester City and Arsenal in the last two seasons and also try to avenge their League Cup final loss to Liverpool in February.

“I'm happy to be part of another FA Cup final,” Tuchel said. “It's a huge competition. I'm very grateful and we'll be ready.”

After an attritional first hour, a patient Chelsea side finally broke Palace's stubborn resistance in the 65th minute through substitute Loftus-Cheek, who had replaced the injured Mateo Kovacic midway through the first half.

Kai Havertz's cross from the right was deflected out to former Palace loanee Loftus-Cheek who hammered a ferocious shot that hit opposing defender Joachim Andersen and flew into the net for the 26-year-old's first goal of the season.

Mount added a crucial second just over 10 minutes later and sealed the victory for Chelsea, playing Timo Werner's ball from the edge of the box past Andersen with his first touch and beating goalkeeper Jack Butland with his second.

Patrick Vieira's Palace had defended well to contain Chelsea until Loftus-Cheek broke the deadlock and were nearly rewarded for a gritty display, with Cheikhou Kouyate twice coming close.

Palace's talisman Wilfried Zaha was unable to shake off his marker Reece James and make an affect, while Eberechi Eze offered little as a replacement for on-loan midfielder Connor Gallagher, who was unable to play against his parent club.

The win was a tonic for eight-times FA Cup winners Chelsea after Tuesday's Champions League quarterfinal exit at Real Madrid, where the holders won the second leg 3-2 after extra time but were eliminated 5-4 on aggregate.

It also keeps them in contention to end a turbulent season with silverware when they take on Juergen Klopp's Liverpool again next month, having lost 11-10 to them on penalties in the League Cup final in February after a 0-0 draw following extra time.

“I think it took a little deflection but I'll take it... it's long overdue,” Loftus-Cheek said of his goal. “It's been a tough road for me, with injuries and going out on loan.

“We want to get Liverpool back, simple as that. I thought the Carabao (League) Cup final was a fantastic game that could have gone either way. We're looking forward to it, and hopefully we'll get our revenge.”

Liverpool have already won the League Cup and face Villarreal in the Champions League semifinals later this month.
Sport
3 months ago

Orlando Pirates will have to penetrate a no-doubt ultra-defensive Simba SC in the return leg in Johannesburg but will feel confident they did enough ...
Sport
3 months ago

Klopp plays down talk of quadruple ‘dream’ for Liverpool

Liverpool manager Juergen Klopp played down his team's chances of winning an unprecedented quadruple this season even as they defeated Manchester ...
Sport
3 months ago

'If they want me to go, I will go. I'm the only coach to bring Chiefs success in 20 years' — Baxter

Under-fire Kaizer Chiefs coach Stuart Baxter is prepared to vacate his position at the club, though only if chair Kaizer Motaung tells him to.
Sport
3 months ago
Next Article