Defender grows in confidence, poised to start against Ahly 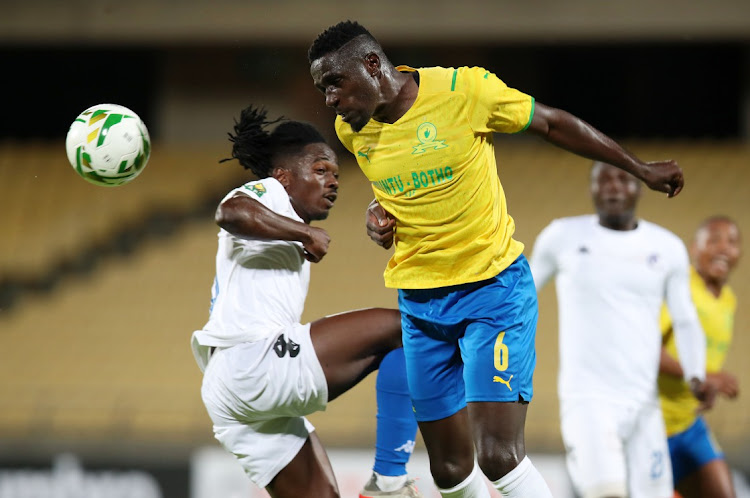 After missing a chunk of matches due to stiff competition and injuries in the first half of the season, Mamelodi Sundowns centre-back Brian Onyango looks to have finally hit top gear.

Onyango has started Sundowns’ last six games across all competitions, forging a solid partnership with Rushine de Reuck at the heart of defence with four clean sheets and two goals leaked in the process.

Onyango, who was named in the CAF Champions League match-day two team of the week, is odds-on to start when the Brazilians take on Al Ahly in their third Group A tie in Cairo on Saturday (9pm).

The 27-year-old defender has opened up about his struggles to get more minutes at the start of the season. Onyango is indebted to God and Sundowns medical team for helping him overcome his injury woes, adding the camaraderie among the defenders at Chloorkop has always been amazing.

“At the beginning of the season I struggled with injuries. Thanks to God and the medical team at the club, I managed to be well and now I am competing to be in the [starting] XI,’’ Onyango told Sowetan from Egypt, where the Tshwane giants are camping ahead of their eagerly awaited clash against Al Ahly.

“In training sessions I was giving everything. As defenders, we treat each other as brothers as we support each other, regardless of who’s playing. The medical team advised me to come early at training so that I would do some strengthening work… they realised it was a strength issue that troubled me.’’

That Ahly are mentored by former Sundowns coach Pitso Mosimane, combined with the fact that they knocked the Brazilians out in the quarterfinals en route to lifting the last edition of the Champions League, add more hype to Saturday’s clash.

The Red Devils may have knocked Sundowns out last term, but revenge is the last thing they think about, according to Onyango. The Brazilians defender feels winning bronze at the recent Fifa Club World Cup in Abu Dhabi boosted the Egyptians’ morale.

“There’s no revenge on our minds. We take this as any other game. But we know Al Ahly are a big team in Africa and they are the defending champions, so we can’t take them lightly. They play direct football. After their exploits at the recent club World Cup, their confidence is high.’’

Siyethemba Sithebe has at least been allowed to continue training with the AmaZulu senior squad, even though the club has indicated the midfielder ...
Sport
4 months ago

In a measure of how seriously Al Ahly are taking their Caf Champions League Group A matchup against Mamelodi Sundowns, the club are requesting ...
Sport
4 months ago

Following their 4-1 win over Sekhukhune United Reserves in the DStv Diski Challenge on Sunday at the Tsakane Stadium, TS Galaxy reserves head coach ...
Sport
4 months ago

It's too early to write AmaZulu off – Khumalo

Arguably one of the best centre-backs of his generation in the elite division of SA football, AmaZulu’s Sandile Khumalo has no doubts AmaZulu will ...
Sport
4 months ago
Next Article