Barker expects striker to pick up where he left off 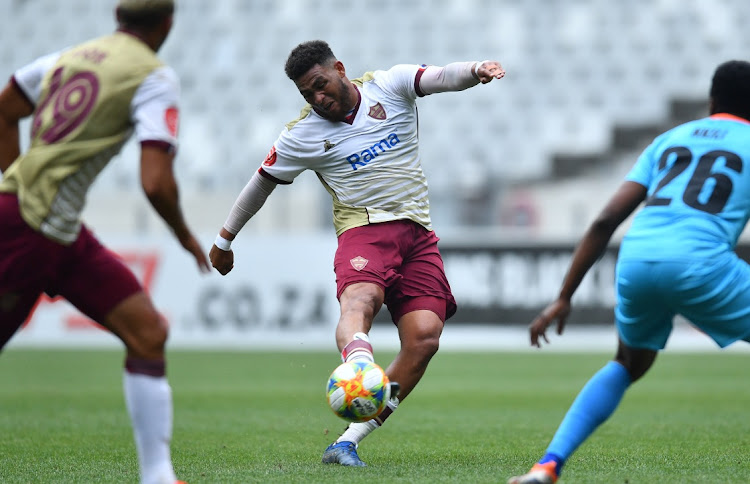 Stellenbosch’s prodigal son Waseem Isaacs has cited his sentimental attachment to the club as one of the reasons he opted to return.

Yesterday, Stellenbosch confirmed they had re-signed Isaacs, 30. The stocky striker had surprisingly left the Cape winelands club a few games into last season, having been the side’s top scorer with eight goals the previous term, which was Stellies’ maiden season in the top flight.

“I am very happy to return to Stellenbosch because Stellenbosch is very dear to my heart. Stellenbosch gave me my first opportunity to play in the PSL,’’ said Isaacs, who had left for second-tier side Cape Town All Stars.

Isaacs disclosed he had other options before deciding to return to Stellies, highlighting his comeback will strengthen his relationship with coach Steve Barker.

“I had other options, however I returned because of the club's environment and professionalism on and off the field. My relationship with coach Barker has always been good and it can just grow from here onwards,” Isaacs said.

Isaacs intends to bang in more goals than he did in the 2019/20 season. Last season, Isaacs netted three goals in the Nedbank Cup, before Igugu Lekapa were eliminated by fellow second-tier side Pretoria Callies from the Ke Yona Cup in the quarterfinals.

“My target for the new season is to score more goals than I did in the 2019/20 season. I want to also contribute massively to the team’s objective for the season,” Isaacs noted.

Barker also expressed his delight at having Isaacs back. The Stellies trainer maintained there’s never been bad blood between the striker and the club. Barker expects Isaacs to pick up where he left off when he exited.

“We’re very pleased to welcome Waseem back. He’s been with us in the past and he had a great season for us as he was our top goalscorer. Unfortunately, in the second season a couple of things didn’t work out as both parties had wished,” Barker said.

“He left us at the time but there were no hard feelings. We know Waseem’s capabilities and strengths. We believe he’s exactly the type of player we need to elevate us to the next level. He’s a goalscorer and we hope he’ll continue with his rich vein of form he showed in his first season here.”

Despite having a proven track record of delivering trophies at Kaizer Chiefs, coach Stuart Baxter doesn’t want to promise much in his second spell at ...
Sport
11 months ago

Orlando Pirates anchorman Ben Motshwari views the Carling Black Label Cup as a perfect opportunity for the Buccaneers to lay a good foundation for ...
Sport
11 months ago

Former SA U-23 defender Matthew Booth has come to the defence of the team following their disappointing show at the Tokyo Olympics.
Sport
11 months ago

As coach Josef Zinnbauer occasionally uses him as a centre-half, Orlando Pirates defender Innocent Maela, who primarily operates at left-back, likes ...
Sport
11 months ago
Next Article