I think how we start will be important, says Motshwari 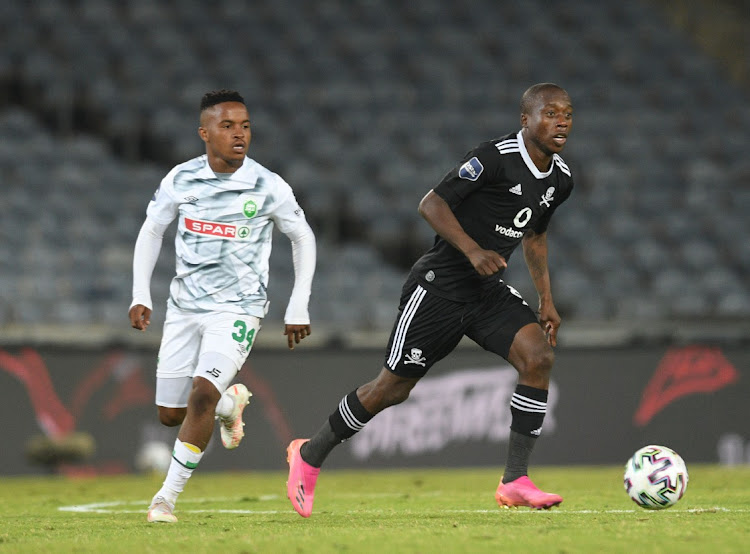 Orlando Pirates anchorman Ben Motshwari views the Carling Black Label Cup as a perfect opportunity for the Buccaneers to lay a good foundation for the 2021/22 campaign.

As they’ve been in a pre-season camp at Rustenburg’s Royal Marang Sports Complex for the past two weeks, Pirates’ preparations will finally come to nuts and bolts when they face traditional foes Kaizer Chiefs in the Carling Cup at Orlando Stadium on Sunday (5pm).

The Carling Cup may just be a pre-season game but Motshwari still wants the Sea Robbers to leave no stone unturned against Chiefs. The 30-year-old defensive midfielder feels winning the “beer cup” will set a good tone for the rest of the season for them.

“I think this season how we start will be important. We want to push ourselves. We have big targets as a team. I think we should start now with the Carling Black Label Cup and that [winning it] would give us that morale going forward,’’ Motshwari told the media at Royal Marang Hotel on Wednesday.

Both starting line-ups for the Carling Cup were voted for by the fans. Motshwari, who also made Bucs’ XI, is satisfied with how their supporters selected the team to start on Sunday, saying it’s balanced.

“I saw the XI and I think it’s a balanced team. However, I feel even if I wasn’t selected other guys would have been able to go out there and do the job because every player here at Pirates deserves to be playing,’’ Motshwari said.

Pirates are the defending champions of this one-day pre-season competition, having beaten Chiefs 2-0 in 2019 before the tournament was shelved due to Covid-19 last year. Overall, the Sea Robbers boast five Carling Cup trophies, while Amakhosi have won it just three times.

“We’re ready for Sunday’s game. We prepared very well and we’re on the right track. This XI reminds me of the past line-ups of the Carling Cup, there’s that needed experience in it. We will go out there and do our best for the club,’’ noted the Bucs midfield anchor.

Former SA U-23 defender Matthew Booth has come to the defence of the team following their disappointing show at the Tokyo Olympics.
Sport
10 months ago

Itumeleng Khune thinks his performance at Kaizer Chiefs will be a selling point for him to remain at the club beyond his two-year contract which was ...
Sport
10 months ago
Next Article