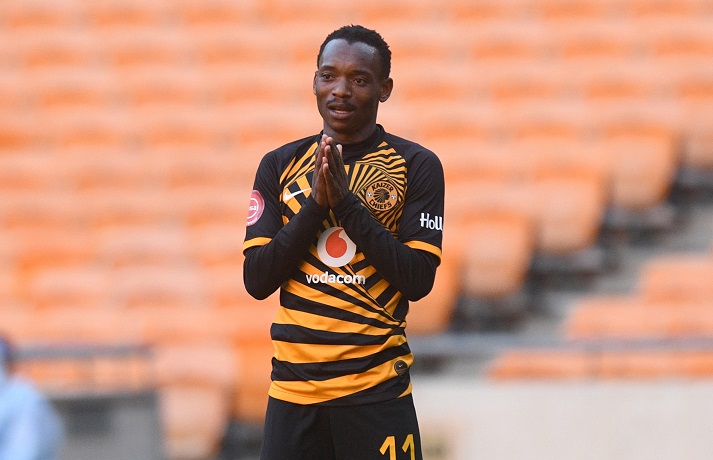 Both players won their first Champions League medals with Mamelodi Sundowns in 2016 and now have a chance to win their second when Chiefs face Al Ahly at Stade in the 2021 final on Saturday (9pm). The championship match takes place at Mohammed V Stadium in Casablanca, Morocco.

The promised to do their best to help Amakhosi to lift their first title in the premier intercontinental club competition at the weekend.

“It’s a blessing to be where we are right now. I think the team has done well despite all the difficulties we went through during the season,” Billiat told the club's media department yesterday.

“It’s a great experience and it is a blessing being part of the team at the moment. It’s a lifetime experience that any other player would want to be in a situation like this.

“I had this journey before and I know how difficult it is. I know how great the feeling is at the end. I'm glad to be where I am right now and I’m looking forward to going all the way and having memories with this great team.”

The 30-year-old attacking midfielder played an instrumental role in helping Sundowns clinch the title in 2016 when they beat Zamalek in the final.

Even though he has not featured for the Soweto giants in the knockout stages due to injury, he will be available for selection on Saturday.

“We are 90 minutes away from the biggest trophy any club in Africa would want to have,” he said.

“We are still down to earth. We are still maintaining our professionalism and want to do the best way the coach wants us to do from training.

“Knowing very well that we will work on one or two things that will make a difference during the game, it is looking good.

“I would say give credit to everyone who has been part of this journey. The team is matured now. We get to African countries and we are in the right state of mind regardless of what was going on during the domestic competition.”

Castro feels it is already an achievement for him and the team to be in the final.

“This is the first time we came so far in this competition. It was not easy. We faced so many things during the campaign – injuries, Covid, suspensions and the transfer ban. We came out of it and we are happy to be here. All of us contributed to be where we are now.”

Kaizer Chiefs have defied the odds to reach the final of the Caf Champions League and Columbian lethal striker Leonardo Castro has urged his ...
Sport
6 months ago

Kaizer Chiefs have continued showing they mean business restoring the club to a competitive level that can match their stature‚ confirming the ...
Sport
6 months ago

With the CAF Champions League glory beckoning for Kaizer Chiefs, two of the club’s budding aces – Happy Mashiane and Nkosingiphile Ngcobo – have ...
Sport
6 months ago
Next Article