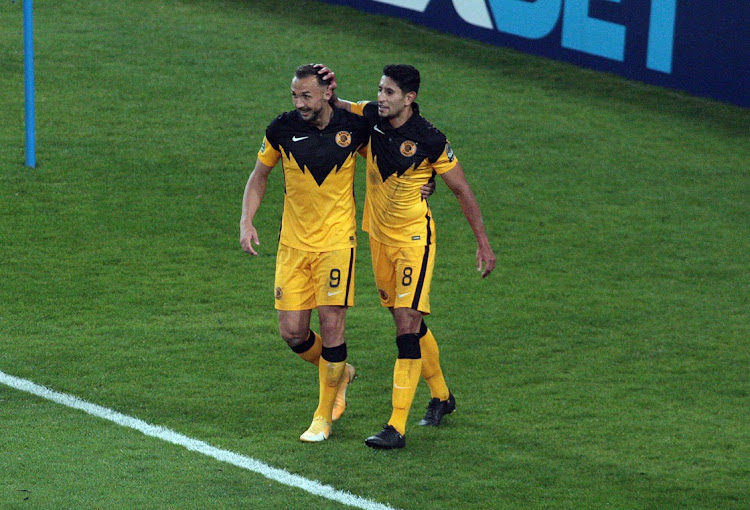 Kaizer Chiefs have defied the odds to reach the final of the Caf Champions League and Columbian lethal striker Leonardo Castro has urged his teammates to finish off the job they have carried out with an assured display of resilience and tenacity in the last few months.

Chiefs enter what is arguably the most important week in the club’s 51 years of existence as they fine-tune preparations ahead of the massive African Champions League final showdown against Pitso Mosimane’s record winners Al Ahly in Casablanca on Saturday.

“It is a huge achievement for the team‚ Kaizer Chiefs‚ and for each and everyone‚ the fans‚ the players and the technical staff because it is for the first time that we come this far in this competition‚” said the 32-year-old Columbian who the 2016 Champions League with Mamelodi Sundowns.

Having been hit by a crippling transfer ban that saw Chiefs limp to finish eighth in the domestic 16-team Premiership on the last day of the season in the first week of June‚ Amakhosi had three weeks to prepare for a two-legged semi-final showdown and triumphed over two-time champions Wydad Athletic against all odds.

Having won by a solitary goal in the first leg semi-final match against Wydad in Casablanca‚ Chiefs held their nerves for a dull draw in the return leg in Johannesburg in a goalless stalemate that qualified them for their first-ever Champions League final.

Hours before the second semi-final at FNB Stadium‚ Chiefs were dealt a blow as striker Castro and in-form goalkeeper Bruce Bvuma were ruled out by injury.

There was also a Covid-19 scare in the camp but Chiefs still managed to come out on top in the end.

“It was not really easy. We faced so many things during the campaign‚ like injuries‚ Covid-19‚ suspensions and the transfer ban.

“We faced all of those things and we came out of it and really‚ I am proud of this team. It is not that easy and all of us we contributed for where the team is right now.”

Chiefs will travel to the Moroccan capital of Casablanca for a confrontation with Mosimane’s Ahly at the Mohammed V Stadium at 9pm SA time.

“We have put in all our efforts to get where we are right now and we definitely want to put the star on the jersey’s emblem.

“The most important thing for us is to realise what it means to play Champions League football for the team and for the country and also for the continent.”

Chiefs will be bidding to become the third South African club to be crowned African champions after their bitter rivals Orlando Pirates won the continent’s premier club competition in 1995 followed by Sundowns five years ago.