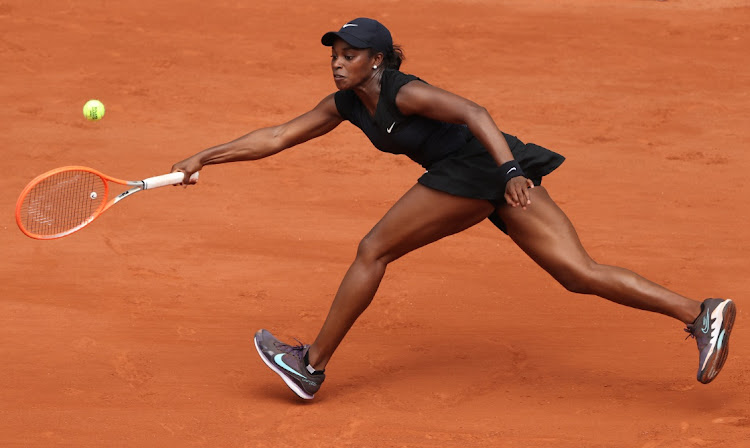 Former U.S. Open champion Sloane Stephens overcame an attacking Karolina Muchova at the French Open on Saturday, ousting the Czech 18th seed with a 6-3 7-5 victory and progressing to the fourth round.

Former world number three Stephens, who reached the final at Roland Garros in 2018, has slipped down the rankings and currently sits in 59th place.

But the 28-year-old's experience and consistency helped her fend off the challenge from Muchova, four years her junior, who kept rushing to the net to unsettle Stephens but without much success.

Australian Open semi-finalist Muchova won just 36% of her net points as Stephens landed 84% of her first serves and broke the Czech four times in all.

In her first round match against Carla Suarez Navarro, Stephens came within two points of defeat. After fighting back for the win, she notched up her first victory over a top-20 opponent since the end of 2018 when she upset ninth seed Karolina Pliskova.

Leading figures in tennis and sport have rallied to support Naomi Osaka after the women's world number two withdrew from the French Open in a row ...
Sport
11 months ago

"I took the time to get myself together, find what makes me happy on court, and kind of find my groove back," Stephens told reporters.

"Obviously results didn't happen right away, but I knew eventually things would connect, and it's nice that obviously since Charleston (where she reached the quarter-finals) they have started to come together."

Muchova had plenty of problems on her serve early on, and a lone break in the fourth game was enough for her American opponent, who won her home major in 2017, to take the opening set on the Simonne Mathieu court.

After a double exchange of breaks in the second set, Stephens then took a third break to seal the win and set up a clash against another Czech, Barbora Krejcikova, who ousted fifth-seeded Ukrainian Elina Svitolina 6-3 6-2.

Stephens credited her recent turnaround to the hard work she put in following a first-round exit at the Australian Open at the start of the year.

"I think it all happens in practice," she said. "Like leading up to the tournament I'm a big believer in everything happens before you get here, and then when you get here it's just time to get down to business."

Serena through to French Open third round after second-set blip

Serena Williams, chasing a record-tying 24th Grand Slam singles title, overcame a second-set blip to reach the French Open third round with a 6-3 5-7 ...
Sport
11 months ago

Japan's Naomi Osaka stunned the French Open on Monday when she announced she was withdrawing from the tournament in the wake of her decision to ...
Sport
11 months ago

The French Open has deleted a post on its Twitter feed which praised players for attending media conferences as Naomi Osaka’s press boycott continued ...
Sport
11 months ago
Next Article