Why Dan Malesela wishes Chiefs, Pirates or Sundowns would give him a chance 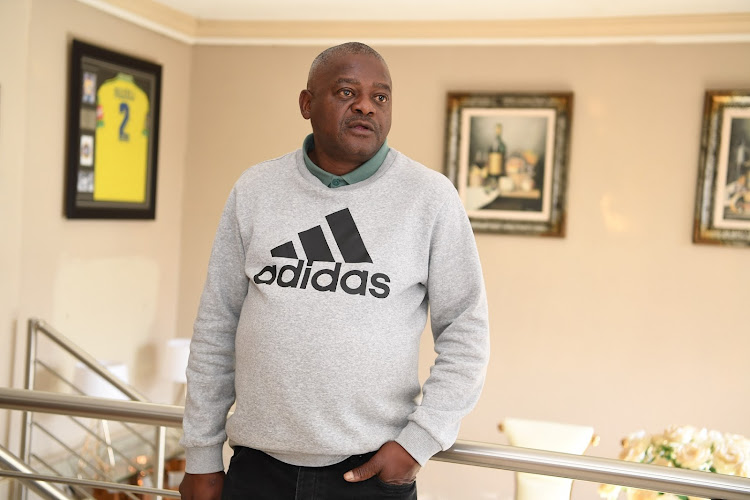 Malesela, who coached then First Division combination TS Galaxy to Nedbank Cup glory when they stunned overwhelming favourites Chiefs in 2019, said it would be a welcome change to coach a team with resources.

“It would be nice to coach one of the big teams, especially Orlando Pirates because my professional career as a player started there,” the former Buccaneers skipper said.

Malesela has been out of a job since early April after he was let go by relegation-battling Chippa United for the fourth time in April.

“But we must remember that Pirates and Sundowns have coaches at the moment, apart from Kaizer Chiefs,” Malesela continued.

“It would be nice to coach a team that has resources, and I am not saying that I want a club where I can pick and choose players. But it would be nice to say I want that player and the club says, ‘Yes, we can get him for you’.

“I have never had that luxury at any time in my coaching career where a club bought a player for me. I always got these boys that are unknown and bring them up.

“Having said that, the one thing that I am grateful for is that I have exposed a lot of these players that I have coached, whether it was in the NFD or in the PSL, even in the ABC League [third-tier]. A lot of players who are playing in the PSL currently I have touched a little bit.

“But yes, it would be nice to have a club that has resources. At one time I was so obsessed with coaching SuperSport United, I don’t know if it was because it is around Pretoria or not, but they have a coach now as well. But hopefully something will come up in the future.”

Malesela also said that the late legendary Chiefs, Sundowns and Pirates coach Ted Dumitru had a big influence on him.

“He always believed that South African players are by far the best in the world and arguably so.

“I have that belief that we have the talent in this country — it’s just a matter of us allowing that talent to come out properly. I will be honest with you, kicking the ball forward and putting it up is not our style, but I am not dismissing the fact that we can play like that.

“His [Dumitru’s] belief in total football means that whatever is possible during a match, do it. But somehow we cut certain things that stop players from expressing themselves.

“I don’t want a player to stand alone and start dancing on top of the ball like a crazy person when there is no-one around you. We need players who can go past people. I don’t want players who like to play the ball backwards.”

Kaizer Chiefs have been as reliable as Donald Trump’s hair in a strong breeze in 2020-21‚ and on Wednesday followed a stirring win on the weekend ...
Sport
1 year ago

Struggling Eastern Cape side Chippa United have confirmed the appointment of Vladislav Heric as technical adviser with immediate effect.
Sport
1 year ago

Chippa United are set to announce the appointment of experienced coach Vladislav Heric as the team's technical adviser on Wednesday.
Sport
1 year ago
Next Article