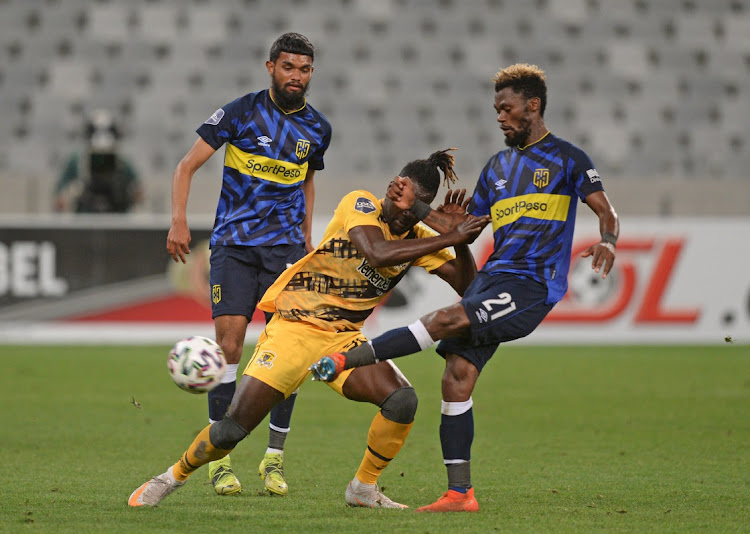 After months of decline, Black Leopards finally plummeted down to the second tier of SA football, thanks to their 3-1 defeat to Cape Town City in the DStv Premiership's penultimate round yesterday.

Perhaps barring their 2-1 win over troubled Kaizer Chiefs last week, Leopards have hardly looked convincing enough to stave off the dreaded axe, especially given that they changed coaches four times this season.

Belgian Patrick Aussems, Dylan Kerr, Lehlohonolo Seema and incumbents Morgan Shivambu and Mongezi Bobe are the men who have coached Leopards this season, with Kosta Papic also having been in the picture as a “technical manager”. But that was not sufficient to save them in the DStv Premiership, after they survived through the playoffs last year.

For some time the Venda side had been one defeat away from relegation.

Leopards scored first via Isaac Masia early in the first half, before allowing second half goals by Fagrie Lakay and second half substitute Abdul Ajagun, who netted a brace, to relegate them in the Mother City.

Elsewhere, Tshakhuma Tsha Madzivhandila's goalless stalemate at home to 10-man Chippa United was enough for them to retain their Premiership status for next season as the Chilli Boys can reach 29 points at most on Saturday, when the season concludes. TTM had a troubled year during which they changed ownership, but they have survived after holding off Chippa, for whom Nyiko Mobbie was red-carded in the first period.

Chippa are likely to finish 15th and go into the playoffs against two National First Division sides. The Chilli Boys can only avoid the playoffs if Stellenbosch, who drew 0-0 with TS Galaxy, lose to Golden Arrows on Saturday and they beat SuperSport United.

If Maritzburg United lose by more than two goals against high-flying KwaZulu-Natal rivals AmaZulu, Chippa win by two goals or more without conceding and Stellies win on the final day, the Team of Choice will finish 15th, having lost 2-0 to SuperSport yesterday.

On the other hand, Lebogang Manyama's hat-trick in Chiefs' 3-2 victory over Golden Arrows guaranteed the Soweto giants' safety.

Champions Mamelodi Sundowns have set the record as the first team in the Premier Soccer League (PSL) era to go the entire season without an away ...
Sport
1 year ago

Lebogang Manyama smacked a stunning hat-trick as Kaizer Chiefs displayed fight that had been sorely lacking in the 2020-21 DStv Premiership edging ...
Sport
1 year ago

Gavin Hunt’s statistics as coach of Kaizer Chiefs will make for some sorry reading when his tenure is analysed and reminisced on in future.
Sport
1 year ago
Next Article