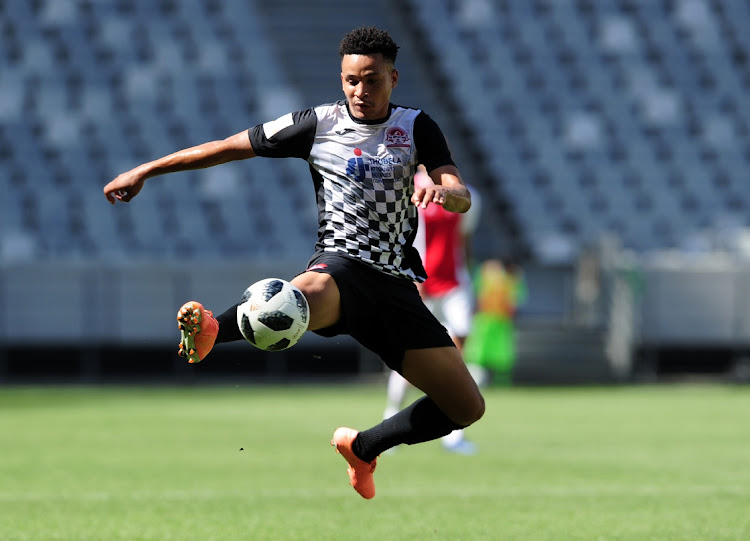 Jerome Dickens, whose club TS Sporting is challening a ruling by the league.
Image: Ryan Wilkisky

While the controversial matter between Polokwane City and Sekhukhune United headlines the drama playing out in the second tier, Sporting chair Slungu Thobela has confirmed that they are also challenging the PSL in court, feeling they deserve three points from their game against Jomo Cosmos on January 13, when Ezenkosi contravened the under-23 rule.

Cosmos won that fixture 1-0. After being found guilty, the PSL disciplinary committee ruled that Ezenkosi only be fined without being docked three points. All the cases involving the GladAfrica teams will be heard simultaneously at the Johannesburg High Court on Thursday.

“We have our separate application. It’s the same thing that Sekhukhune are fighting for. Our game against Cosmos, Cosmos contravened the rules – they played an ineligible player [they used an overage player in a slot for an U-23 player]," Thobela told Sowetan yesterday.

“We have to be positive that the court will rule in our favour. If we were not positive, we were not going to take the matter to court. The decision [by arbitrator Hilton Epstein] in the Sekhukhune case was correct; we support that and want to see the same with us.’’

Rule 35.2 of the National Soccer League (NSL) handbook says clubs participating in the second tier must include a minimum of five players who are both U-23 and eligible to represent SA on their team sheet. A minimum of two U-23 players must be on the field of play at all times during a match.

On the other hand, Umoya want the high court to review and set aside arbitrator Willem Mokhari’s decision that they had forfeited the game they didn’t honour against Cape Town Spurs. Umoya argued that they missed the game due to a number of positive Covid-19 cases in their camp. The three points Spurs were awarded helped them stave off relegation.

Should these clubs challenging the league win in court, the GladAfrica log will look totally different as Sekhukhune would clinch automatic promotion, dislodging Royal AM from the summit, while Sporting would elbow Richards Bay from third place to contest the play-offs. If Umoya succeed, which is unlikely, Spurs would be relegated instead of Steenberg.

Sekhukhune United have filed an urgent application at the Johannesburg High Court that the arbitration award that saw them become the GladAfrica ...
Sport
7 months ago

'Sekhukhune will benefit unduly'
Sport
7 months ago
Next Article