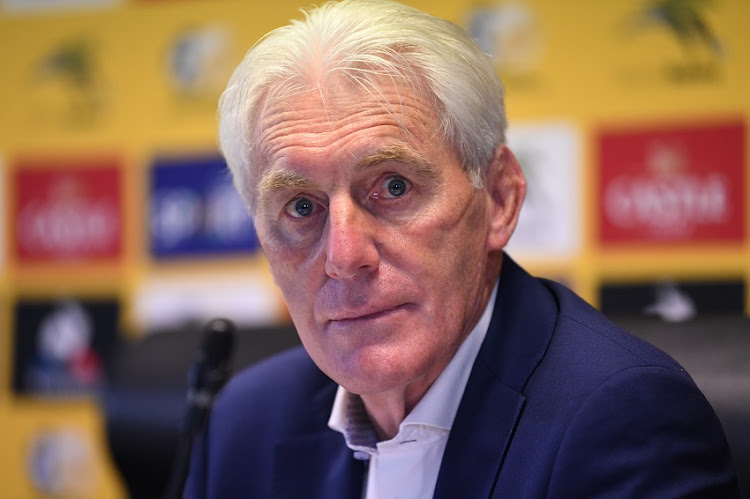 New Bafana Bafana coach Hugo Broos has revealed that his Belgian assistant-coach will be Macedonian-born Cedomir Janevski‚ the current head coach of Olympiakos Nicosia in Cyprus.

Broos‚ being presented to the media at Safa House in Nasrec on Wednesday‚ said he is collaborating with the SA Football Association (Safa) technical committee to appoint an “important” South African assistant in the coming days.

Broos said Janevski (59)‚ a defender for Yugoslavia and Macedonia in the 1980s and 1990s‚ will arrive in SA soon after Olympiakos meet Anorthosis Famagusta in the Cypriot Cup final in Nicosia on Saturday.

Broos also revealed that‚ as he needs to have his second shot of his Covid-19 vaccine in Belgium on June 4‚ Janevski and the SA assistant will take charge of potentially two friendlies to be played in early June.

“My Belgian assistant is not here for the moment because he is still working in Cyprus. He stays with his team as next Sunday he has a cup final‚” Broos said.

“After that he will be here with the SA assistant coach to coach those two games in June. We are looking for opponents‚ so we will see which teams we will play.

“His name is Cedo Janevski. He is from Macedonia but was living I think 25 to 30 years in Belgium.

“He played for Club Brugge in Belgium‚ is married to a Belgian‚ so he’s Belgian. He talks English‚ French and Dutch‚ so there will be no problem with languages.

“There will be no problem with experience. He was the coach of Brugge I think nearly 20 years ago‚ won the cup with Brugge‚ was a coach in Greece‚ a coach of the national team of Macedonia.

“So I think he’s an experienced coach. And I have to say and be honest he’s a friend of mine‚ so think the working together will be 100 percent.

“I know him a very long time and I’m very happy that the [Safa technical] committee agreed that I bring this Belgian coach with me. I think we will arrive by the end of next week.”

Janevski has been the head coach of a number of teams‚ including Club Brugge‚ where he won the Belgian Cup in 2007; Red Star Belgrade (Serbia); Macedonia in 2012 to 2013‚ Mons (Belgium) and Ismaily (Egypt).

Broos said he is “analysing” with the technical committee who the SA assistant will be. “In the coming days there will be a declaration of who the SA coach will be. And he will be important‚” Broos said.

“He knows the culture. He will help me a lot. Even if I have the experience of Africa with Cameroon‚ this is a different country‚ with different things and culture.

“I will also impart my experience to him. Because there the Chan [African Nations Championship]‚ or Cosafa [Cup] – he will coach that.

“ ... And when you’re talking about an assistant-coach‚ and it’s the same for the Belgian‚ the emphasis is on ‘coach’‚ not ‘assistant’.

“It’s not like the old-fashioned assistant who’s putting the cones‚ and then the head coach comes and does the training.

“I will not do much training‚ because I think the most important thing in training is observing what’s happening.

“So they will have to work.”

Bafana’s 2022 World Cup Group G kickoff being postponed to September‚ where they will meet Zimbabwe away and Ghana at home‚ has left space for two friendlies to be arranged the June Fifa international date.