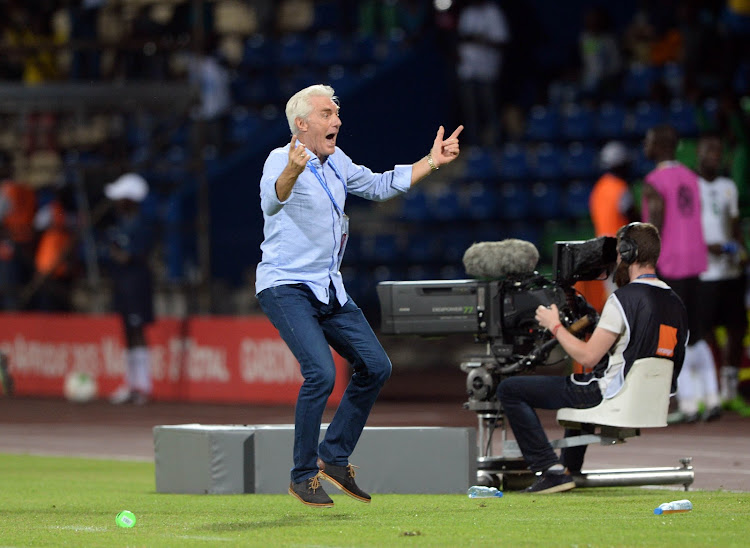 New Bafana Bafana coach Hugo Broos arrives in South Africa on Monday night ready to begin the arduous task of reclaiming the national team's place at the continental head table after years on the sidelines.

Broos meets with the South African Football Association's (Safa) technical committee this week and will be given names of potential candidates for the Bafana assistant coaching position.

The 69-year old Belgian will bring his own assistant to the country but is set to have input on the appointment of a second coach - set to be a South African - who will assist him on the bench‚ as he attempts to rebuild the ailing national team.

Safa president Danny Jordaan told TimesLIVE on Monday that Broos has already begun his work and will make a presentation to his new employers this week.

"The technical committee will meet with him [Broos] and exchange notes with him.

"I am sure that by [Tuesday] they will have names [of candidates for the Bafana assistant coach position] for consideration."

Jordaan said Broos will not arrive blind and has done his own homework on South African players‚ Bafana and the country's culture.

"He said he will put his plans together and will present them to the nation [this week]. He will not arrive blind, he has already done quite a lot of work."

Broos will have to rebuild the national team‚ and attempt to qualify for and be competitive at the 2022 Fifa World Cup in Qatar‚ the 2023 Africa Cup of Nations (Afcon)‚ and the 2026 World Cup in the US‚ Mexico and Canada as proposed targets.

The coach’s targets will be resolved when Broos sits down with Safa CEO Tebogo Motlanthe on arrival this week.

The job became vacant after Molefi Ntseki was shown the door following Bafana's failure to qualify for the Africa Cup of Nations to be held in Cameroon next year.

Even though Safa and Ntseki parted ways a little over a month ago‚ talks were underway to retain the coach in some capacity under Broos's regime.

But the talks broke down last week and the relationship officially came to an end.

Ntseki enjoyed a good stint with the junior national teams and this perhaps played a role in the thinking that led to Safa House considering an extension to his stay.

He also helped Amajimbos qualify for the 2015 U17 Afcon tournament where they finished as runners-up to Mali to earn a ticket to the World Cup in Chile. He was also the U23 assistant coach.

Broos at least has some breathing space to put together his first squad‚ as the Confederation of African Football (Caf) postponed the kickoff of the 2022 Qatar World Cup qualifiers from early June to September.

He was going to have very little time to deliver his first squad ahead of Bafana’s opening 2022 World Cup Group G qualifier against Zimbabwe in Harare as the match was originally supposed to be played on the weekend of June 5 to 6.

But then Caf announced that the start of Africa’s qualifiers has been postponed to September.

This gives Broos five months to familiarize himself with his surroundings‚ including the first few weeks of the domestic league‚ which will kick off in August.