We’re in a building phase, says coach after defeat to AmaZulu 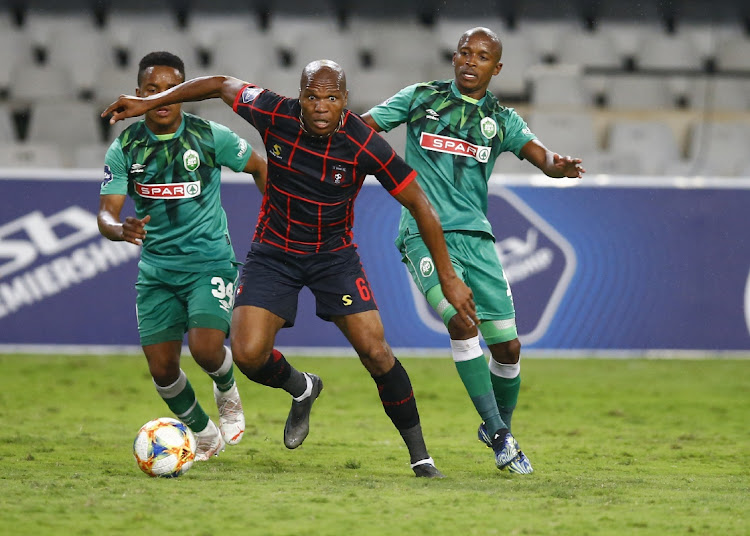 TS Galaxy coach Owen da Gama has let slip that they’ll always be anxious about the prospect of relegation until they at least reach the 30-point mark.

At the weekend, Galaxy suffered their fourth straight defeat, going 1-2 down to high-flying AmaZulu in Durban. Lehlohonolo Majoro netted a brace and Lindokuhle Mbatha scored Galaxy’s consolation goal. The rockets are on 26 points from 23 league games.

The Rockets trainer explained what he thinks they gave AmaZulu the edge, highlighting that the Benni McCarthy-coached club have tried and tested troops, a luxury he doesn’t have at Galaxy. Da Gama was also not impressed with their defensive work in the first half.

“This is the team’s first season in the top flight, playing against seasoned players from AmaZulu, players that have played for Pirates, Chiefs [was always going to be difficult] ... the majority of AmaZulu players have been in the top-flight for a long time,” Da Gama said.

“We defended very, very poorly in the first half. At halftime we made some changes and the changes stabilised the defence. When AmaZulu take off Majoro, they bring in Shaka Zulu [Siphelele Mthembu], they bring in well-oiled players. With us, you just hope that when you make sub, that young player can step up.”

Da Gama said Galaxy weren’t the finished product yet. “For us, this is a process. We’re in a building phase. At the end of the day you have to pay the price while trying to get things right.”

Lamontville Golden Arrows missed an opportunity to cover solid ground on Premiership leaders Mamelodi Sundowns after they were held to an away ...
Sport
1 year ago

Kaizer Chiefs ended Mamelodi Sundowns' unbeaten record in the league when they beat the premiership leaders 2-1 at Loftus stadium on Sunday afternoon.
Sport
1 year ago

Hundreds of Manchester United supporters gathered outside Old Trafford on Saturday to demonstrate against the Glazer family's ownership after the ...
Sport
1 year ago
Next Article