Sangweni set to return for third spell at Chippa 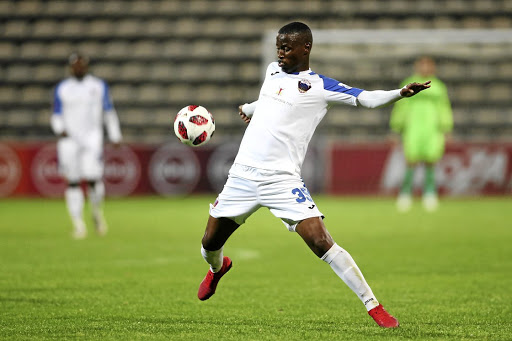 Thamsanqa Sangweni has been handed another chance to prove himself under coach Dan Malesela at Chippa United.

The 31-year-old has been training with the club for a while now and is set to complete his move to the club where he enjoyed his best football in the past.

The midfielder, who has become somewhat of a journeyman after spells with Orlando Pirates, Chippa, AmaZulu and Mamelodi Sundowns, will be desperate to regain his best form under Malesela, who worked with him before.

Sangweni was playing for Mbabane Highlanders in Eswatini Premier League, but decided to return home to further his career in the DStv Premiership.

According to insiders at the club, the midfielder has agreed to sign a one-year deal with the Chilli Boys and is looking forward to resurrecting his career. “It is not a done deal yet. It is just a matter of time before Sangweni can sign. At the moment, he is still training with the club,” a source close to the negotiations confirmed to Sowetan.

“Right now, he is just training, and the coach is impressed to have him here. He feels he can get the best out of him, and he can help the club going forward.”

Sangweni joined the Eswatini side almost a year ago after being released by Maritzburg United having struggled for game time. He is now returning to Chippa for his third spell after spending three full seasons with the club between 2014 and 2017.

He was captain for the Chilli Boys when he was snapped by Pirates in 2017, but struggled for game time at the Soweto giants as he made three appearances.

He then moved back to Chippa after struggling with the Buccaneers, only to leave in the middle of the 2018/19 season.

Malesela could not confirm the move as he said he was in a meeting and was not sure when he would be available, while Sangweni's manager Ali Tloale could not be reached for comment.

Chippa United coach Dan Malesela has hit out at his side's sluggish performance during their 0-2 defeat to Mamelodi Sundowns at Loftus Versfeld ...
Sport
11 months ago

Champions Mamelodi Sundowns extended their lead at the top of the standings after they beat Chippa United 2-0 at Loftus on Sunday afternoon.
Sport
11 months ago
Next Article