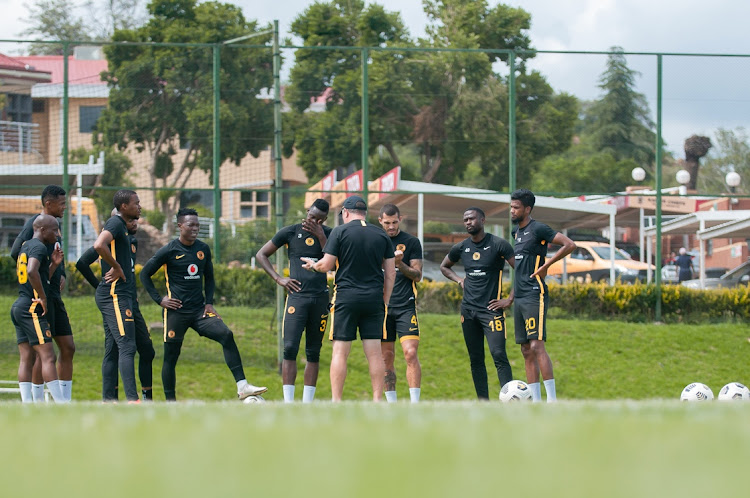 Kaizer Chiefs will attempt to fly out of SA tonight to fulfil their CAF Champions League fixture against Morocco’s Wydad Casablanca, after failing to do so last night due to what they call travel difficulties associated with the Covid-19 pandemic.

Chiefs had by yesterday not managed to secure visas for their entourage, and expressed frustration that even though a request had been made weeks ago, no positive answer was forthcoming from Moroccan authorities.

The department of international relations (Dirco) intervened in an effort to expedite the process and ensure Chiefs depart Johannesburg via Qatar to Casablanca this evening, where they will face Wydad in a Champions League group phase opener on Saturday (9pm SA time).

“Three weeks ago we complied with everything as requested by Morocco officials,” said Chiefs football manager Bobby Motaung. “We engaged Safa and the Moroccan FA. We did all the Covid tests as required. But to our surprise we had still not received visas late yesterday. So we had to postpone our flight [to today].”

Unconfirmed reports stated Moroccans were sceptical of hosting South Africans due to Covid-19 numbers in the country. “We don't have any idea why we haven't received visas, but what is increasingly clear is that SA teams will experience difficulties in their travel due to Covid-19. We had a similar incident in Angola [where Chiefs played Primeiro last month] and again the government had to intervene,” Motaung said.

While he confirmed the delay in departing for Casablanca had negligible financial impact on the club, it is certain to have an effect on coach Gavin Hunt’s plans because leaving today means Amakhosi will have only one training session before facing Wydad.

Chiefs are scheduled to return on Monday to prepare for their league clash against AmaZulu on Wednesday.

But Motaung conceded today is the last day to fly out. “If we can't, then CAF may have to reschedule the match.”

The African football governing body’s regulations allow for clubs to forfeit matches if fixtures are not fulfilled, depending on who's found to be at fault.

“In case a participating team cannot travel to the host country due to travel or other restrictions relating to Covid-19, the participating team shall be considered to have lost the match 2-0,” reads an excerpt from the competition rules updated in November. But Chiefs will be eager to prove they tried everything in their power to fulfil the fixture, in which case the ball will be thrown into Wydad’s court as they could forfeit the match should it be found their government frustrated Chiefs’ attempts to travel.

Dirco confirmed yesterday it was assisting Chiefs. “We have spoken to both the SA embassy in Morocco and the Moroccan government. The matter is receiving their attention,” said spokesperson Clayson Monyela.

Safa president Danny Jordaan was yesterday also engaged in talks with his Moroccan counterpart in an effort to resolve the matter.

“We are working tirelessly to have this issue resolved. Don't forget that it's also a government issue and they have got their own bureaucracy. The president [Jordaan] has phoned and spoken to his Moroccan counterpart, so the matter will be resolved,” said Safa spokesperson Dominic Chimhavi.

Kaizer Chiefs remained in limbo on Wednesday evening after failing to secure visas to travel to Morocco to face Wydad Casablanca in a group stage ...
Sport
9 months ago

With a month to go to the Confederation of African Football (Caf) presidential elections‚ South African candidate Patrice Motsepe has travelled to ...
Sport
9 months ago
Next Article