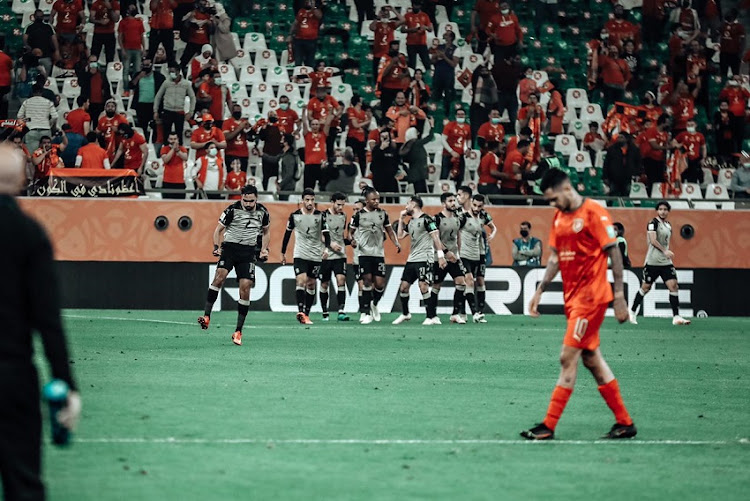 Al Ahly defensive legend Samir Kamouna has praised the team’s performance losing 2-0 against Bayern Munich at the Fifa Club World Cup‚ and said coach Pitso Mosimane “can get the best out of every player” at the Cairo giants.

Kamouna (48)‚ who played for Ahly from 1996 to 1998‚ and again from 2001 to 2003‚ and also turned out for Bursaspor in Turkey‚ said anyone who felt the African champions did not perform well in their Club World Cup semifinal against European champions Bayern‚ “has no idea about football”.

Ahly meet Brazil’s Palmeiras in the third-place playoff in Al Rayyan‚ Qatar on Thursday evening hoping to emulate their best finish of third at Fifa’s showpiece club tournament in 2006.

“It’s a huge honour for Al Ahly to reach the Club World Cup for the sixth time and to face one of the greatest clubs in the World‚” Kamouna told Kingfut.com.

“Al Ahly did all they could and I am glad with their performance. Barcelona had lost to Bayern by eight goals‚ Tottenham by seven‚ and Chelsea by three [in the 2019-20 Uefa Champions League].

“Whoever says that Al Ahly played poorly‚ has no idea about football. Al Ahly is a great club and can deal well with big games‚ and they have a smart head coach.

“Mosimane‚ in the long term‚ will be much better. He can get the best out of every player. From 23 games‚ he won 18‚ and his only loss came against Bayern Munich.

“Pitso also won the Caf Champions League‚ and if he wins all his remaining league games‚ Al Ahly will go top of the table.”

Mosimane arrived at Ahly in a bombshell move from Mamelodi Sundowns in October 2020‚ and completed the last five matches of the Covid-19-delayed 2019-20 Egyptian Premier League‚ already won under Swiss predecessor Rene Weiler‚ unbeaten.

Ahly added the Champions League with a 2-1 final win against Zamalek in late November‚ after Mosimane also steered them through the semifinals with a 5-1 aggregate victory against Wydad Casablanca. The Reds added the Egypt Cup in early December with a penalties win against Talaea El Geish for a treble in 2019-20.

Their defeat against Bayern broke a run of 32 matches unbeaten‚ 22 of which came under Mosimane.

Kamouna was part of Ruud Krol’s Egypt squad at the 1996 Africa Cup of Nations in South Africa‚ and played the full 90 minutes in the Pharaohs’ 1-0 Group A victory against eventual winners Bafana Bafana at FNB Stadium on January 24‚ 1996.