Pirates and Galaxy play out to lively draw in Soweto 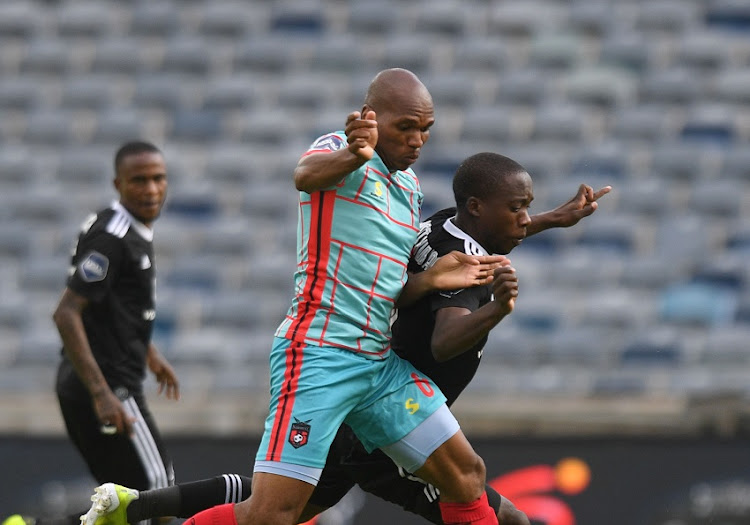 Orlando Pirates and TS Galaxy played out to an entertaining 1-1 DStv Premiership draw at Orlando Stadium on Tuesday afternoon.

Pirates took the lead in the eleventh minute form the effort of Bongani Sam and Galaxy equalised nine minutes later with a good header from debutant Masilake Phohlongo.

As a result of this share of the spoils, Pirates remain fifth spot on the standings with 22 points from 14 matches where they have played to seven draws while Galaxy moved one place to 13th spot with 12 points.

For Pirates coach Josef Zinnbauer, he would have preferred a morale boosting win given the fact that they are up against Kaizer Chiefs in the Soweto derby on Saturday.

This draw has also came with a huge cost for Pirates as Innocent Maela will not line-up against Chiefs, who were held to a 1-1 draw by Baroka, because he picked up his fourth yellow card.

For Galaxy and their new coach Owen Da Gama, there is lots of work ahead as they continue with their mission to revive their campaign where they have only managed only two wins so far.

The first attacking opportunity of the game came from Pirates through midfielder Fortune Makaringe who forced his way into the Galaxy half but his shot missed the crossbar by a few inches.

Before he unleashed the powerful shot from outside the box, Makaringe got the better of two Galaxy defenders but it appeared that their goalkeeper Marlon Heugh had his angle well covered.

Pirates suffered an injury scare in the fifth minute when midfielder Ben Motshwari went down after he received a nasty elbow on the face from Masilake Phohlongo but he was able to continue after medical attention.

After a number of forays into the Galaxy defence, Pirates got it right when Sam gave them the lead by finishing off a well-taken delivery into the box from Makaringe from the left wing.

The goal did not faze Galaxy as they responded with a quick attack of their own from the restart which resulted in Mxolisi Machupu forcing a good save from Pirates goalkeeper Richard Ofori.

After 20 minutes, Phohlongo pulled one goal back for the visitors when he sneaked between Thulani Hlastshwayo and Deon Hotto to head home a well-taken delivery from Luckyboy Mokoena.

To inject more attacking creativity, Zinnbauer introduced Vincent Pule for Azola Tshobeni at the beginning of the second half to join Hotto, Thembinkosi Lorch, and Makaringe on the attack.

The move seemed to work for Pirates as they threatened the Galaxy defence and their notable chance came in the 70th minute when Hotto was denied by the cross-bar with Heugh beaten after he got the better of Gerald Modisane.

The two teams continued to attack each other but no one could find the winner.