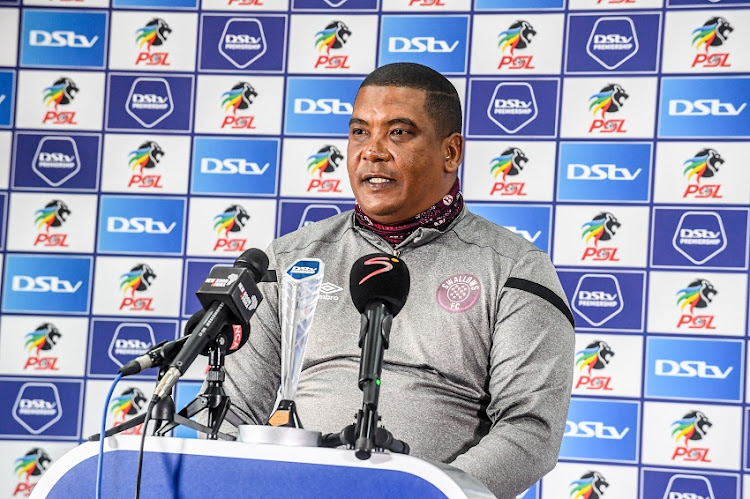 Swallows FC coach Brandon Truter has said that the desire by most of his players to prove the doubting Thomases wrong has led to their highly impressive start to the DStv Premiership campaign.

After 10 games‚ the Birds have soared high to second spot on the log standings where they are two points adrift of early pacesetters Mamelodi Sundowns‚ who have pocketed 24 points so far.

During this eye catching spell‚ Swallows have won six and drawn four and together with Sundowns and Golden Arrows are among three teams yet to lose a match so far this season following Sunday’s 1-1 draw against Orlando Pirates at Orlando Stadium.

“I remember signing a few of these players at the beginning of the season and I remember the headlines that were there from the media‚” Truter said. “They said Swallows is a retirement home and all these things.

“It’s players who fit into the structure and we have also built a culture at the club and we are one for all and all for one. That’s what we live by and that’s why I was not happy with what happened in the first half [against Pirates] because we were disjointed and didn’t work together.”

Truter said the Birds continued where they left off last season by overtaking Ajax Cape Town to gain automatic promotion.

“People are taking notice now and they are seeing what Swallows is all about. This run started in February 2020 – it is almost a full calendar year that we have gone unbeaten.

“We carried on from where we left off in the GladAfrica Championship last season. Not to blow my own trumpet but the technical team that we have assembled and the guys that we have brought in helped us to make the transition from the National First Division [NFD] to the PSL.

“We were one of the stronger technically-organised teams in the NFD – once you have that and a bunch of players who are coachable and also players who have points to prove things will happen.”

Truter said he welcomes the point against a tough and experienced team like Pirates.

“In the first half we were toe-to-toe but tactically they forced us to change into situations which we not too comfortable with. But we dealt with it‚ we managed to come in at half time at 0-0 and in the second half there was a lapse of concentration in defence with the clearance and they got lucky with a deflection.

“I think we had the upper hand here but I wasn’t too happy with the performance – we could have done better tactically. It was a big game against Pirates and we will take a point.”

Swallows return to league action with a trip to Peter Mokaba Stadium in Polokwane to take on Baroka FC on Saturday.