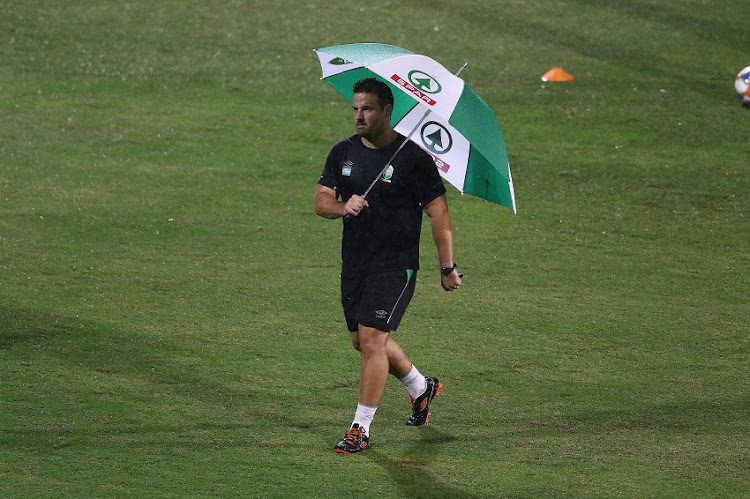 AmaZulu high performance manager Smith said from a fitness trainer’s perspective an August 1 kickoff is preferable in terms of preparation‚ but the catch-22 is that then matches will come thick and fast out of a period of inactivity‚ resulting in fatigue and breakdowns.

The PSL and SA Football Association have continued to wrangle over a start date for the Premiership and GladAfrica Championship to be completed in a bio-safe bubble‚ with the latter having set down August 1‚ after the PSL had preferred July 18.

“Ja‚ I definitely see injuries coming. I spoke to a colleague and they foresee at least three long-term injuries because of coming out of such a long period [inactive]‚” Smith told TimesLIVE on Tuesday.

“No matter how well you prepare ... in normal football already there are injuries. And we are now going into extraordinary situation with a long period out‚ a short period of preparation‚ and a lot of games in a short period of time.”

Smith said a combination of an extraordinarily short period on the training field in ratio to an unusually long time at home; plus a lack of friendlies‚ presents a significant challenge getting players match fit.

AmaZulu returned to organised training on July 6‚ and most clubs around that date‚ which would mean a four-week preparation for an August 1 kickoff.

“Normally we have an off-season for a player of four to five weeks‚ and then a preseason of six to seven weeks‚” Smith said.

“What we’ve got here is effectively an off-season of about 16 weeks‚ and a preseason where the league was initially supposed to start this past weekend‚ of two weeks‚ and now [with an August 1 start] four weeks.

“From that perspective time to reduce the de-conditioned effect players might have gone through is just not enough.

“And‚ as good a running programme you might have had [individually during the lockdown]‚ a massively important aspect of training is playing football‚ and we can’t expose our players to friendly games.

“So you’ve got a situation where you don’t have enough time to expose the players to progressive loading‚ and you also cannot expose them to the right type of loading [in friendlies].”

Friendlies are not as intense as a competitive game‚ but being semi-competitive provide a bridge from training-only in preparing players from a period of inactivity to match fitness.

Smith said‚ even the later kickoff of August 1‚ while vastly preferable from a preparation perspective to July 18‚ presents the challenge of matches coming at a furious rate.

This‚ after such a long a period of inactivity‚ and short “preseason”‚ will see matches not improve in quality even as players do progress in match fitness‚ as it creates fatigue.

“It’s a very difficult situation and I would be surprised if any team were able to come back and perform at 100 percent.

“I don’t see that an intensity in matches can be maintained beyond 45 to 60 minutes. I’d be very surprised if teams can go the distance.

“Especially with playing every two to three days‚ and you’ll just get an accumulation of fatigue and players just breaking down.”

Measures such as the five substitutes allowed by Fifa as a response measure to Covid-19 circumstances‚ and clubs promoting MultiChoice Diski Challenge reserve players‚ and rotating greatly‚ can help alleviate this to an extent‚ Smith said.

But it also presents a further challenge of incorporating young‚ inexperienced players under difficult circumstances‚ and in AmaZulu’s case‚ in a crucial relegation battle too.