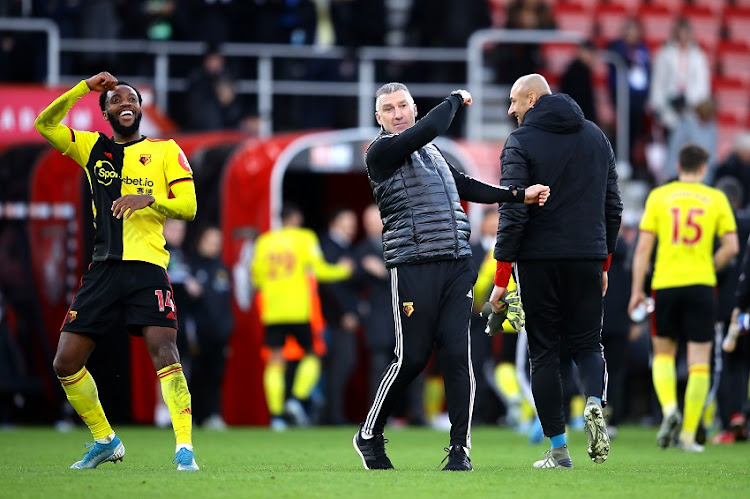 Watford manager Nigel Pearson has warned that players lives could be in danger if the Premier League returns too soon during the COVID-19 pandemic.

"God forbid we have a fatality," the Times newspaper quoted him as saying on Saturday. "People are closing their eyes to the threat.

"Yes, we would like to restart it but it's got to be safe. We should be cautious. To ignore possibilities is foolhardy. It's about safeguarding people's health."

Britain's Culture and Sport secretary Oliver Dowden said on Thursday that the government was "opening the door" for football to return next month and complete the season in stadiums without spectators.

Players, clubs and the government are discussing safety measures needed for 'Project Restart' to happen with another meeting planned for Monday when medical protocols will be discussed.

Clubs could also resume some form of training that day, while Germany's Bundesliga started playing again on Saturday.

Government figures published on Friday showed the number of people who have died in the United Kingdom after testing positive for the new coronavirus was 33,998 by 1600 GMT on Thursday.

"We have to try to believe advice that we're being given that we've reached the peak but there's still an incredible number of people losing their lives through this," said Pearson.

"The death toll in the UK is anything between 33,000 and 38,000. That's filling our stadium and then filling it half again. It's a sobering thought."

Watford are 17th in the league standings, one place above the relegation zone, but Pearson said he liked to think he would be asking the same questions wherever the club were.

His captain Troy Deeney has already said he would put his family's health before football while goalkeeper Ben Foster has said it would be wrong for players to be tested before essential workers.

Britain's statistics office said this month that black men are 4.2 times more likely to die from COVID-19-related causes than white males. About a third of Premier League players are from a Black, Asian and Minority Ethnic (BAME) background.

"Troy's a very important player for us," said Pearson. "He's a human being. He’s got a relatively young family.

"We have to remember it's about the welfare of players and staff but also the people they connect with."