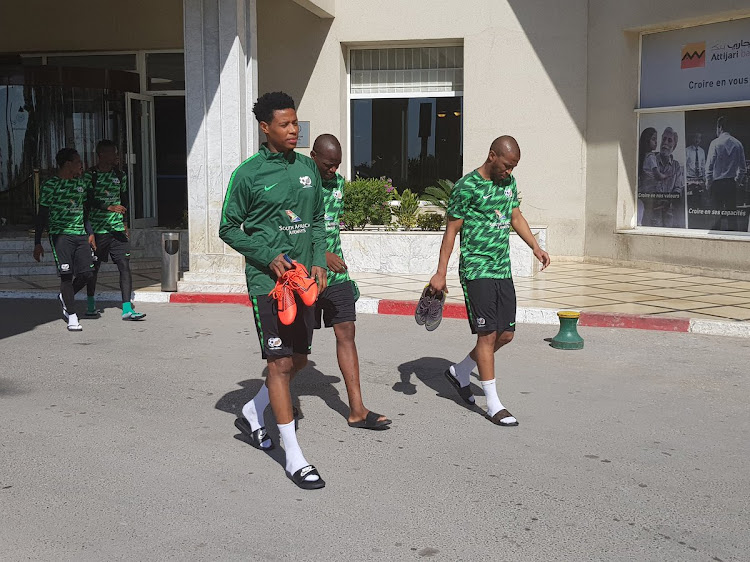 Ghana ended Bafana’s dream ahead of the 2006 World Cup‚ and have also already beaten them 2-0 in the 2021 Africa Cup of Nations qualifiers when they met in Cape Coast last year.
Image: Bafana Bafana

Bafana Bafana will face all too familiar foes in their bid to qualify for the 2022 FIFA World Cup after being drawn in a tough Group G at the draw in Cairo on Tuesday.

Coach Molefi Ntseki’s side must get past Ghana‚ Khama Billiat’s Zimbabwe and Ethiopia for a place in Qatar‚ with only the pool winner advancing to the final knockout stage of qualifying.

Ghana ended Bafana’s dream ahead of the 2006 World Cup‚ and have also already beaten them 2-0 in the 2021 Africa Cup of Nations qualifiers when they met in Cape Coast last year.

They will now continue their rivalry in both qualification tournaments in what will be a fascinating 18 months or so against the Black Stars.

Stuart Baxter had a notoriously fiery relationship with the South African press and public in both his stints as Bafana Bafana coach.
Sport
2 years ago

Zimbabwe are another familiar opponent and will provide a stern test with their array of Premier Soccer League stars‚ meaning there will be no mystery between the teams.

And Ethiopia will certainly be no pushover‚ having contributed heavily to Bafana’s failure to qualify for the 2014 World Cup when they lost 2-1 in Addis Ababa.

It is a tough road for Bafana‚ but if they escape this group may still be drawn against the likes of a Algeria‚ Senegal or Nigeria in the knockout round for a place in Qatar.

Algeria have what looks an easy group with Djibouti‚ Burkina Faso and Niger‚ so too Senegal‚ who have been given a gentle Group H along with Congo-Brazzaville‚ Namibia and Togo.

Nigeria are in Group H along with Cape Verde Islands‚ Central African Republic and Liberia‚ while one of Cameroon and Ivory Coast will be eliminated at this stage after they were drawn together in Group D along with Mozambique and Malawi.

The qualifiers will get under way in October‚ with the pool stage completed 12 months later.