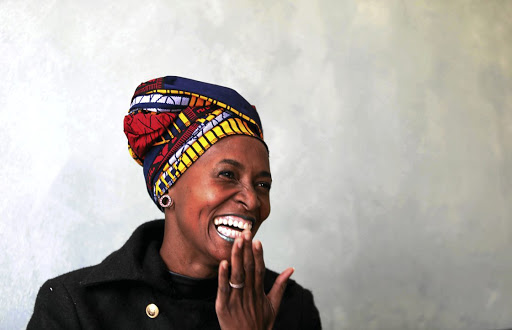 The arts industry has reacted with shock to the dismissal of the South African State Theatre (SAST) deputy director Mamela Nyamza.

Nyamza, an award-winning director and choreographer from Cape Town, joined the State Theatre in November last year. She was fired on November 25, 2019.

Most dance and arts people have voiced their concerns and were worried that her dismissal will affect the Dance Umbrella programme that has given many young artists a platform to shine.

Nyamza posted a short statement on Facebook confirming her dismissal. However, the talented dancer could no state the reasons behind her sacking.

Nyamza further made it clear that she will not be doing any interviews regarding the matter because it was still sub judice. Seasoned choreographer Gregory Maqoma said Nyamza’s dismissal was sending a strong signal that the long battle to have a dance curator in a state-funded institution was not yet a settled matter.

CEO of South African State Theatre Dr Sibongiseni Mkhize assured arts and dance activists that Nyamza's dismissal had not thing to do with personal attacks. He explained that Nyamza was dismissed because of the accusatory statement she made during an event in Cape Town at the end of July.

"She was fired for the speech she made during the opening of Dance Umbrella Africa, a collaboration project between SAST and Arts Cape. She made remarks that were untrue about Arts Cape, including wanting to challenge their board and accusing them of not having done their job in regards to publicising and marketing the event. The statements were untrue."

"The termination of her contract has nothing to do with personal attack, it has to do with accusatory statements about the partner of the program. She went through the process, everything was done in line with all the policies of SAST."

“ It is important for us as practitioners to understand the dynamics of what could have transpired to lead to such a drastic decision. It has to be noted that Mamela’s appointment and, most important, her commitment to dance cannot be overruled. It is imperative to understand what went wrong to what we thought was a hopeful direction taken. SAST need to engage us in this, please make us understand; as custodians of that festival, we deserve at the least the respect to be informed properly.”

Paschal Dube said on Facebook: “These are devastating news, just when we were still excited and looking forward to more of her new and fresh arts administration and curatorial skill. Our publicly funded cultural institutions really need a twist of new and 21st century aligned administrators who will lead these institutions to greater heights. We hope for a clarification on this matter soon... I know Mamela as a fantastic dancer and choreographer and surely given her long experience in the sector she has great administration expertise.”

Nyamza's professional dance journey began when she enrolled with Tshwane University of Technology, where she obtained her national diploma in ballet. In 1997, she was the resident dancer and choreographer for the theatre.

She has produced controversial shows such as De-Apart-Hate, Hatched, and I Stand Corrected, which was produced in collaboration with UK-based artist Mojisola Adebayo.

Her other shows include Isingqala, Amafongkong, and African Footprints. Her immense contribution to dance and the arts broadly saw her being the first dance artist to be chosen as the Featured Artist at the 2018 National Arts Festival.