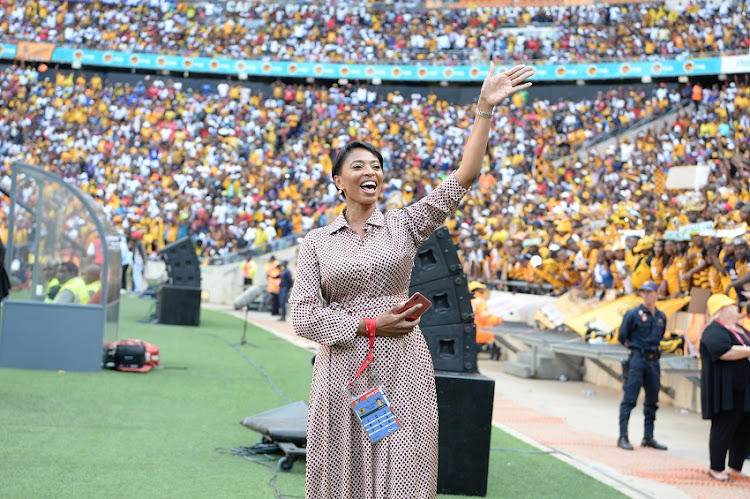 Kaizer Chiefs will investigate all the considerations before committing to starting a women’s team‚ Amakhosi’s brand manager Jessica Motaung has said.

Motaung‚ though‚ fresh from being invited to be part of the Confederation of Football’s (Caf) Women’s Football Strategy Taskforce Workshop in a two-day meeting in Cairo‚ admitted enthusiasm for the possibilities a women’s team can open for Chiefs.

“A number of women were invited from different areas and disciplines. And it was lovely to engage with them and share ideas‚ together with Fifa and Caf‚” Motaung said of the workshop.

Fifa’s chief officer for women’s football‚ Sarai Bareman‚ had indictated that Chiefs’s impressive infrastructure could be a perfect vessel for establishing a competitive women’s team in South Africa.

Such a move‚ given Amakhosi’s huge brand stature and pulling power‚ could come as a significant boost the female game in SA‚ and the SA Football Association’s fledgling women’s league.

“There are a lot of expectations. I think the first was to come … with a different view of how we can grow women’s football‚” Motaung said.

“If you look at the success of the Women’s World Cup [in France this year]‚ it’s really changed the perspective of how everybody is seeing the female game.”

“ … There are a number of considerations. And yes‚ people have bandied about the idea of Chiefs starting a women’s team. It’s something that you don’t do lightly.

“I mean‚ you look at even dealing with academies‚ and girls have different needs. There are things parents can be worried about for girls to play football.

“So for me it’s important to do a complete analysis. And I am currently putting together a task force too.

“You need to look at the facilities you will need. And also the different partners and sponsors.”

“Certainly we are observing Safa’s [still amateur] women’s league. But at some point I do believe that it is critical that we do have a professional women’s league.”