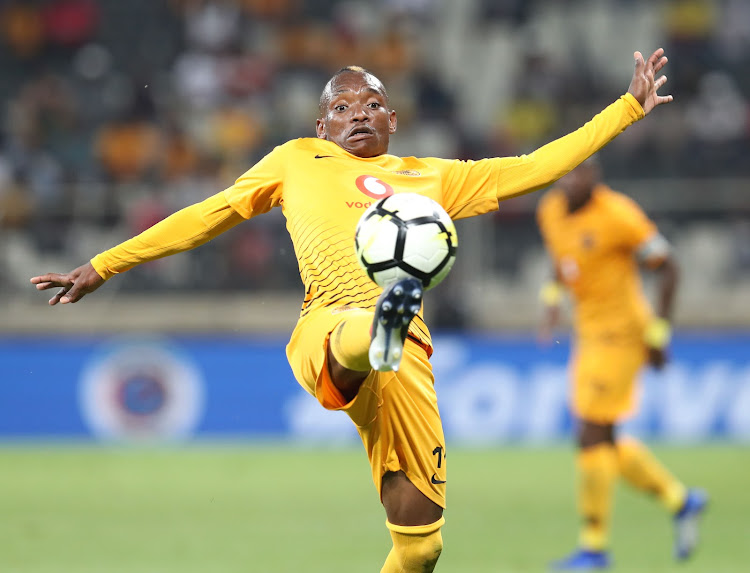 With rich north African clubs showing massive interest in Kaizer Chiefs' Khama Billiat, his Zimbabwean compatriot Tendai Ndoro has advised the Amakhosi ace to prioritise money and the wellbeing of his family.

"He [Billiat] must do what's best for him and his family ...you understand what I am trying to say. You go there in [the] Arab world, you are a millionaire within a week," Ndoro told Sowetan.

Ndoro, currently on the books of Highlands Park, didn't hesitate to move to the Arab world when Al-Faisaly of Saudi Arabia came knocking on his door in 2017.

The 34-year-old marksman doesn't beat about the bush that money was his primary factor to dump Orlando Pirates for Al-Faisaly.

"Some of our moves are based on that [money and safeguarding the future].

"To be honest, for me when I went to Saudi Arabia, it was more about securing the future of my family... to know that I was going to be tax free made me not think twice," Ndoro explained.

"I just thought of my family and my life after football, maybe tomorrow I won't be playing and what was going to happen?

"I put my daughter first ... now anything can happen to me, I am covered. I was getting a lot of money there compared to what I was getting in SA at the time."

Angolan side Petro de Luanda are reportedly ready to table a massive offer to secure the services of Billiat, promising him a tax-free package.

Moroccan giants Raja Casablanca and Africa club of the previous century, Al Ahly of Egypt, are also believed to be working around the club to bring The Warriors ace to North Africa.

It was his individual fine display at the recent Africa Cup of Nations in Egypt with Zimbabwe that earned Billiat, 28, this interest.

Chiefs spokesman Vina Maphosa said: "If Khama is one of the wanted players, we can only communicate the matter when the deal is done. One thing for sure, he is one of the hot properties."