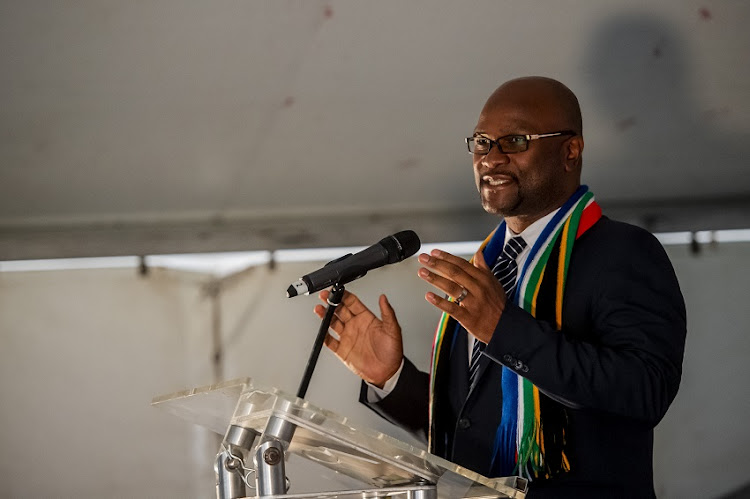 It might sound like a broken record but Sports Minister Nathi Mthethwa says he's on a quest to find the root cause of South Africa's football problems.

The cynics might argue that they have heard it all before from a succession of former Sport Minister but Mthethwa insisted here in Cairo this week that he's a man of action.

"We will see what to do (after the Afcon)‚ but I think we need all the stakeholders.... people who are managing our football‚" said Mthethwa following Bafana's 1-0 defeat to Ivory Coast in their Africa Cup of Nations opener at Al-Salam Stadium on Monday.

Mthethwa also met the team at their hotel and communicated his disappointment with the performance. He demanded a better display against Namibia at the same venue on Friday.

"We need Safa‚ we need coaches and technical people‚" he said.

"We need to have a serious talk about this situation.

"I do think that something needs to be done drastically to change the situation and the perception of the national team.

"Well‚ what I mean is that things cannot continue to be what they are - we have to get to the root cause of why are things the way they are...

"I mean‚ we've been talking about this for years and the people‚ South Africans‚ should be comfortable in their space wherever they are when they hear that the national team is playing‚ especially football‚ because we would go to other sporting codes (later on)‚" said Mthethwa‚ who was also in France recently to watch Banyana Banyana‚ who were eliminated in the group stage of the Fifa Women's World Cup.

"We have to understand where the actual problem is.

"For instance‚ why is it that we played well against Libya and Nigeria (during the Afcon qualifiers) but what changed (against Ivory Coast)?

"Is it the players? Is it the coach? Is it the technical side of things and so on? Is it Safa?

"There are countries which are struggling (financially)‚ but they get into that field of play and they excel.

"They cover the flags of their countries with glory‚ so what is difficult in South Africa with the squad? That will lead us to respond adequately.

"But it can't be that we fold our arms and say‚ 'man‚ we were defeated and we would wait for another defeat'. No‚ it can't be‚" Mthethwa added.