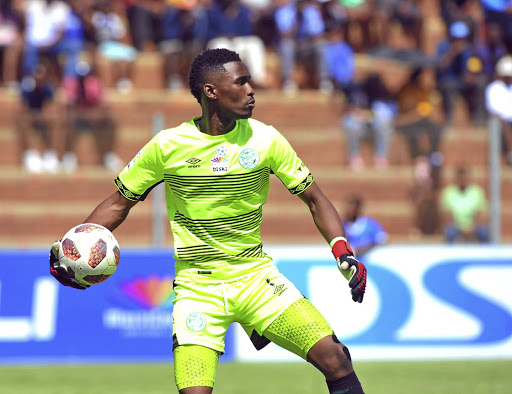 Bloemfontein Celtic goalkeeper Sipho Chaine, 22, aims to oust veteran shot-stopper Patrick Tignyemb, 33, and make the No1 jersey at Phunya Sele Sele his own.

His heroics in the reserve league have seen him make the first-team bench in the club's past three games.

"I am fighting for that No1 jersey. Patrick is a good keeper and it helps me to compete with a player of his calibre, but I know that I can oust him," Chaine told Sowetan.

Hailing from the City of Roses, Chaine is one of a number of Celtic's home-grown youngsters who are working their way up from the club's academy. MDC captain Shadrack Kobedi, who is now a first-team regular, is another local talent in the team.

"I joined the Celtic development side in 2016 and they promoted me to the senior team the following season. Growing up in Bloemfontein, it was always my dream to play for Celtic because the club is close to my heart and we support it at home," Chaine said.

During Celtic's UK trip last month, Chaine was one of the standout performers in matches against the reserves of English Premiership London-based clubs West Ham United and Fulham.

The promising keeper's exploits during the tour, which was reward for Celtic lifting the reserve league trophy, didn't go unnoticed in the UK as West Ham under-23 team coach Liam Manning also lauded his character.

"I like the keeper [Chaine]. The way he spoke and the bravery to try and play out is the thing that stood out of the group for me," Manning raved.