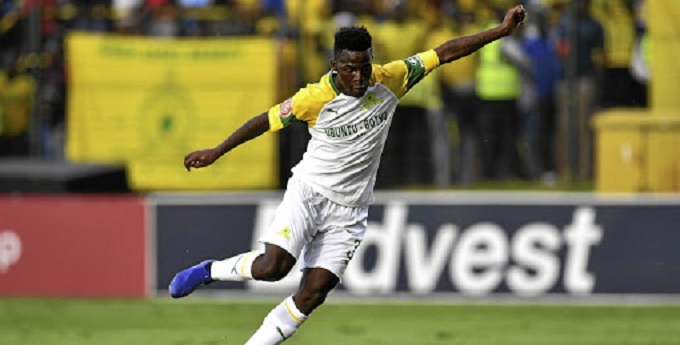 Facing Al-Ahly was undoubtedly the toughest draw possible for Mamelodi Sundowns in the CAF Champions League quarterfinals, but only they could have made it seem so effortlessly easy as they destroyed the mighty Egyptians at the weekend.

Relegated to second place in the group behind Wydad Casablanca, thanks to CAF's increasingly unsustainable head-to-head rule, Pitso Mosimane's Brazilians showed exactly why teams who had topped their groups will have wanted to avoid them at all costs.

Winning 5-0 against the continent's most successful team, with eight Champions League titles, will go down as a massive achievement not only for Sundowns, but for SA football in general.

It is precisely the impetus our game required, after being in decline for years. Yet in truth, Sundowns have in the years since Mosimane took over, made it a priority to represent the country with flying colours, having learned the ropes from Orlando Pirates, who reached two continental finals between 2013 and 2015.

Sundowns' victory was not accidental. They earned it because they have in the past few years mastered the art of playing on the continent. They have had successes - such as the triumph of 2016, when they similarly destroyed Zamalek in the first-leg final in Atteridgeville. They've had setbacks, too, such as last year's shock failure to make it out of their group, when they failed to beat Horoya at home.

But what separates Sundowns from the rest of SA teams is that they have had four straight years to play at this level. Finishing inside the top two in the Absa Premiership has enabled them to be among the continent's top teams every year.

It would be improbable to expect other teams to achieve that. But Sundowns have shown us, repeatedly, that there can't be excuses for underperforming in continental competitions.

Yet in SA we've heard plenty - excuses, that is.

Mamelodi Sundowns will know their fate on the Wayne Arendse saga on Friday‚ almost five months after the matter was brought to the attention of ...
Sport
3 years ago

From a supposed lack of resources, small budgets to an awkward calendar, some SA teams have always come up with a reason or two not to take seriously CAF competitions.

Others deliberately fielded weakened teams, so as to be eliminated in earlier rounds. This shortsightedness has to stop.

It is common knowledge that SA teams have the best resources on the continent. In addition to the monthly grants handed out by the Premier Soccer League, teams who qualify for CAF competitions get a R1-million allowance to help with preparations.

Yet you find them whining when it's crunch time.

Sundowns, yes, have the biggest financial muscle in the country. But that's not the main reason for their success.

Mosimane has managed to instill in his team a belief that the Champions League is more important than anything. He has not complained about the demanding schedule, little pre-season and long flying hours to reach certain destinations.

Above all, he has proven that you can compete at this level and still build a solid team to fight on the domestic front, even after losing key players. Of course, he has a budget, but that has little effect on players adapting quickly to a new regime. Others take time; some may prove to be complete misfits.

The challenge now is for other teams to follow Sundowns' module. They must see continental competitions as a path to ultimate glory, not as a hindrance.

With all that said, Sundowns should be careful not to fall into a trap that the job against Ahly is done. They must finish it on Saturday and duly book their place in the last four. It's what their first leg performance deserves.