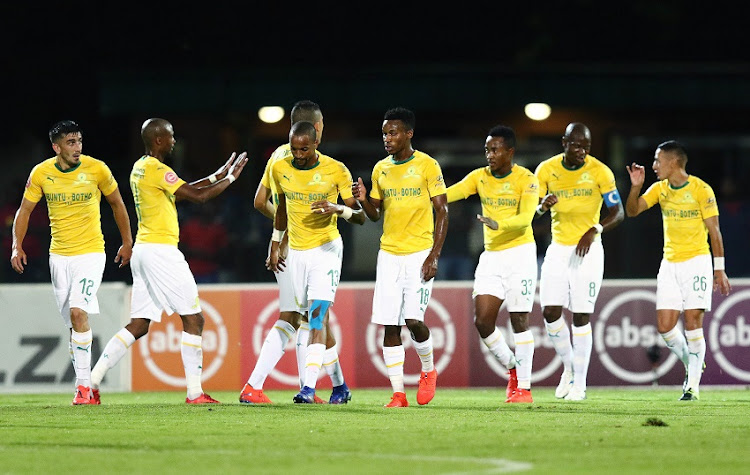 Mamelodi Sundowns will know their fate on the Wayne Arendse saga on Friday‚ almost five months after the matter was brought to the attention of Premier Soccer League’s (PSL) legal desk‚ the league’s prosecutor Nande Becker revealed on Tuesday.

Sundowns were found guilty last week by the PSL‚ but not sentenced‚ for fielding ineligible Arendse in an Absa Premiership game this season against Bidvest Wits.

The central defender was played even though he was not in Downs’ initial team list‚ in their 1-1 draw against Wits at Loftus Stadium on October 7‚ in contravention to the league’s rules.

Becker confirmed that Sundowns will know on Friday of the PSL’s sanction on the matter.

The league’s disciplinary committee (DC) has been accused‚ notably by Sundowns coach Pitso Mosimane‚ of taking too long in delivering its verdict despite the fact that the case may impact on who eventually wins the championship.

“The club [Sundowns] was charged for fielding the ineligible player [Arendse]‚” Becker said in a press conference called by the PSL on Tuesday.

“The match report was received on October 15 and the charge sheet was drafted in November.

“We then ran into the difficulty in that I had no DC chairman available from the December 11 to January 15.

“The matter was then postponed to the February 28 at the request of the respondent [Sundowns] and the finding was handed down on the April 2‚ 2019.

“I have set the matter down [for sentencing]‚ without the input of Sundowns.

“I had received the information that they will revert to me which unfortunately they didn’t do for argument on the issue of sentencing on Friday ‚ April 12‚ 2019.”

Sundowns are currently level with Orlando Pirates on 44 points on top of the Absa Premiership table and are likely to be docked the point they earned against Wits when Arendse was pulled from the stands to replace injured right-back Thapelo Morena.

Becker admitted that Wits were not the party who lodged the protest on Sundowns’ misconduct regarding the fielding of Arendse‚ but said league took the decision to prosecute after being made aware of what happened.

“I’m aware of the fact that Wits didn’t protest and you’ve got to be aware that that’s one of the reasons why the football department looks at all the matters‚ and I took the decision to prosecute‚” Becker said.

Al Ahly’s five-goal thrashing at the hands of Mamelodi Sundowns was the biggest defeat in some 77 years for the Cairo giants and leaves coach Martin ...
Sport
2 years ago

“I can’t speak for Wits and I can’t explain why they didn’t protest‚ but whether the club protest or not‚ or whether they lodge a complaint‚ if there’s misconduct I’m going to prosecute.”

PSL chairman Irvin Khoza also weighed on the matter of who has a right to lodge a protest.

“If a matter of misconduct is reported to the league‚ the league must act‚” said Khoza‚ adding that there are a number of matters that the league has dealt with in the past where there was no protest lodged by a club involved when the misconduct occurred.