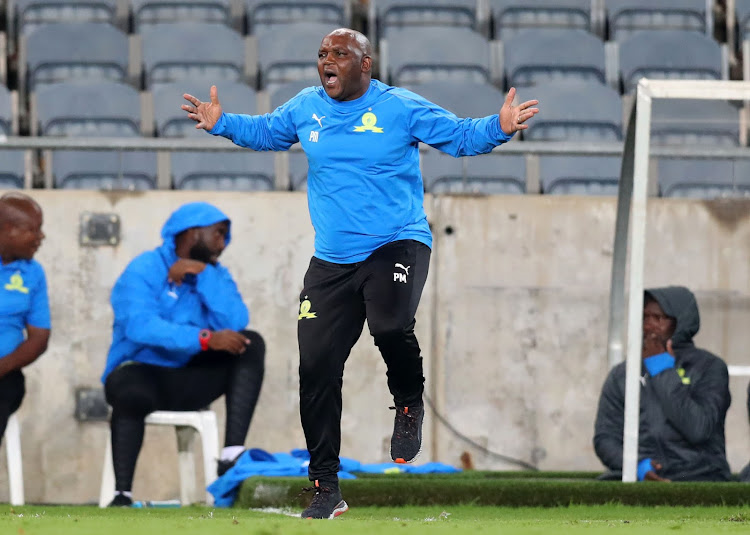 Mamelodi Sundowns coach Pitso Mosimane once again proved during the 0-0 draw with Orlando Pirates in Soweto on Monday how skilled he is at the practice of 'Always do what the opposition least wants you to do'.

Absa Premiership defending champions and current leaders Sundowns went to the packed Orlando Stadium looking to bag all the three points and dent Pirates’ title ambitions but had to settle for the share of the spoils.

Downs tested the waters and dominated the opening 20 minutes of the match but Pirates‚ who needed the win desperately‚ responded with a storm of attacks.

The second half became all about game management by the 2016 Caf Champions League  winners who stayed top of the pile with a three point advantage despite dropping two points.

Of the two coaches‚ Mosimane was happier than Bucs counterpart Milutin Sredojević with a draw.

“There are big games that you would love to win. You guys saw me running down the line at FNB when Lebogang Maboe scored the goal (in Downs' 2-1 win against Kaizer Chiefs on January 5)‚” Mosimane said after the game on Monday night.

“I knew how big those three points were. I knew the point we took at Bidvest Wits was huge. The point tonight is a big point.”

“So if you manage those ones - of course you would want to win them - but what does the game say?. The game says Pirates are pressing you back. They are doing their best to win.

“Remember Pirates had to win tonight. They could not draw. We don't have to win.

Their major concern might be on surviving relegation in the league‚ but Chippa United's confidence in their form will be significantly boosted by ...
Sport
2 years ago

"So‚ it's a similar point we took when we played Ajax Cape Town [in a 0-0 away draw in Downs' fifth-last game winning the league in 2015-16]‚ and we went to Tuks [Pretoria University]‚ and we won the league.

“Last year we took a point [against Maritzburg United away]‚ and then we had Ajax Cape Town in Atteridgeville‚ and we sorted it out [winning the league with a 3-0 victory].

"And you have got to understand that Pirates are still playing against [third-placed Bidvest] Wits - so somebody has to drop points there.

“In our next league game we have to beat SuperSport United [at Loftus Versfeld on April 17] - it's a very big game.

"So that's how you go. Because we have the experience in doing this thing. You can't play an emotional game.

"We are not rookies in this race. So we move slowly. We got a big point tonight. And [a lead of] four points is OK. The games are getting less and less. You have to be very careful."