'You have no idea how proud I am of you lil bro!!' - Phiri to Bafana teammate Mothiba 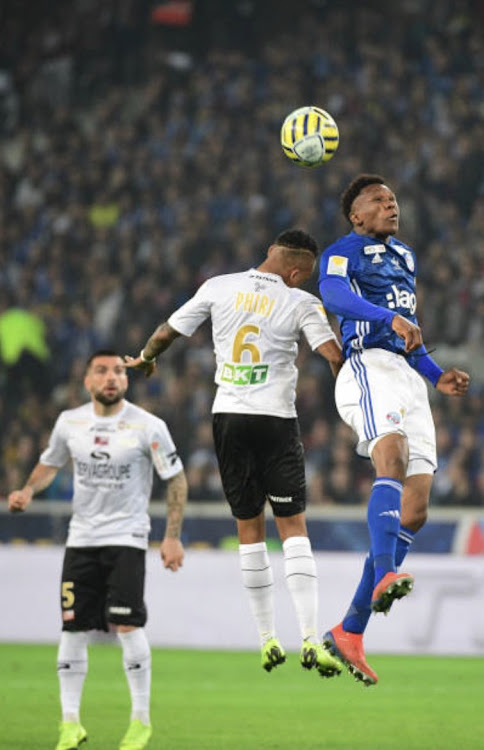 Mothiba’s Strasbourg edged Phiri’s Guingamp on penalties after the teams played to a goalless draw in Lille‚ with the Bafana striker featuring for 80 minutes and Phiri the full 120.

“You have no idea how proud I am of you lil bro!! Congratulations on your victory. You deserve to be a winner. One thing I can say is that we represented South Africa by force with no fear nor favor! God bless you @LeboMothiba11. Greener pastures await you‚” Phiri wrote on Twitter.

The trophy is a first of his career for Mothiba‚ who had few opportunities in a tightly-contested final‚ and comes in his first season at Strasbourg following a big-money move from Lille.

Strasbourg claimed their fourth victory in the competition to become the second most successful club in League Cup history‚ behind only Paris St Germain (eight wins)‚ adding to their previous success in the 2004/05 season.

For Guingamp it was a first final appearance in this competition‚ though they did win the country’s FA Cup in the 2013/14 campaign.

Phiri will now turn his attention to helping Guingamp escape the relegation zone‚ where they have sat all season. They are one point off the relegation play-off position‚ and eight from absolute safety‚ with nine matches remaining.

One of those will be against Strasbourg on April 13 when the South African duo will be reunited again.