End of the road for Pule Ekstein? 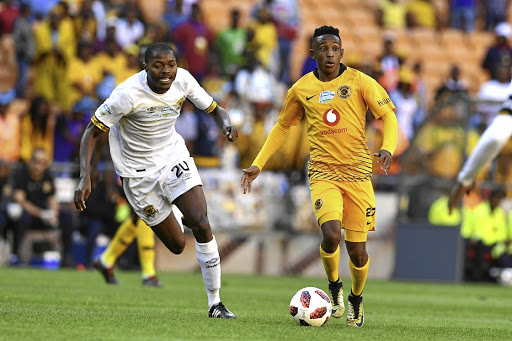 Kaizer Chiefs' Hendrick Ekstein, right, may be seeing his last term out for Chiefs as the Glamour Boys have not renewed his contract.
Image: Lefty Shivambu/Gallo Images

Four years after making his Kaizer Chiefs debut, Sowetan has learnt that Hendrick Ekstein is living on borrowed time at the club.

Ekstein, according to our sources, is ready to jump ship for another PSL side in search of greener pastures.

"He may leave because it doesn't seem that Chiefs are willing to improve his contract and he's only left with a few months," said a source, who's close to Ekstein.

"The reality is that he's not one of the top earners at the club and at 28, he wants to get an improved deal."

Ekstein was promoted to the first team in 2015 after years in the youth setup and his contract runs out on June 30.

Born in Bekkersdal in Gauteng, the midfielder used to play for Junior Rangers. Now Ekstein is hoping for a better deal to continue playing in the gold and black, but our sources insisted that nothing has been forthcoming from the club.

The player's business manager Palesa Mkhize, of Pulse Players Management, couldn't be reached for comment as her phone was off.

Meanwhile, Chiefs spokesnman Vina Maphosa said the management is yet to brief him on the matter.

"I wait for the reports from management and there's nothing (regarding Ekstein) on my table at the moment," Maphosa said.

They have also promoted and signed long-term deals with young players such as Happy Mashiane and Njabulo Blom.

Since making his debut against amateur side Edu Sports in the Nedbank Cup in 2015, Ekstein has made 88 PSL appearances for Chiefs and scored six goals.