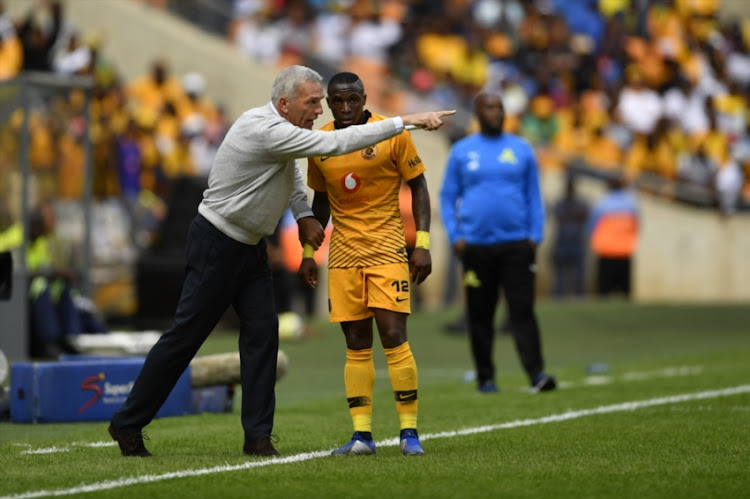 Polokwane City are unpredictable and tricky but Kaizer Chiefs can overcome them with structure and a good gameplan‚ Amakhosi midfielder George Maluleka has said of Sunday’s Absa Premiership match-up at Peter Mokaba Stadium.

City have already provided a stumbling block to one top-three contender this week‚ holding second-placed‚ defending title-chasing Mamelodi Sundowns to a 1-1 draw in Pretoria on Tuesday night.

Chiefs‚ nine points behind leaders Bidvest Wits as the league marathon enters its final third‚ may or may not be championship contenders any more.

But they certainly want to improve on their current seventh and at least challenge for a top-three finish‚ so will want to dispatch of eighth-placed City.

“It’s always been tricky to play Polokwane City. You never know what to expect on the day‚” Maluleka admitted of Amakhosi’s ever-competitive opponents‚ who have been hard to beat under 54-year-old Slovakian coach Jozef Vukusic.

“We respect them. We always respect our opponents. But we know that if we can play the brand of football that we are playing right now we can put ourselves in a better position to win the game.

“Because we know we are going to create the chances. Now it’s just up to us to be able to convert.”

One such deployment was when stalwart defensive midfielder Willard Katsande was dropped from Chiefs’ starting XI in the Soweto derby against Orlando Pirates two weekends ago.

Maluleka‚ now 30 and a senior squad member at Amakhosi‚ dropped from his normally more advanced central midfield role into anchor.

He and Hendrick Ekstein surprisingly dominated Musa Nyatama‚ Ben Motshwari and Xola Mlambo in the middle of the park‚ as Amakhosi edged the derby but had to settle for a 1-1 draw.

“If you look at Pirates’ midfield‚ all three of them are really midfield-based and don’t really join the attack that much‚” Maluleka explained of the surprise move by Middendorp.

“Out of the three you’d have maybe one [pushing forward]‚ which is most likely to be Xola. And you leave Musa and Ben sitting back mostly. But even with Xola‚ he doesn’t go up-front that much.

“So me going in there ahead of Katsande was more of a tactical change. And having Ekstein‚ and then we had one of the strikers [Khama Billiat] drop in‚ and that also played into our hands.

“If you saw the game‚ we actually handled it very well. So it was a good move from the coach.”

Chiefs have won three times in the league‚ drawn once and lost twice in six matches since Middendorp’s arrival on December 9.

City are one of the tougher teams to beat in the PSL right now. They have lost just three times in 10 league games‚ winning twice and drawing five times.