WATCH | Steve Komphela responds to his impersonator and he's not amused 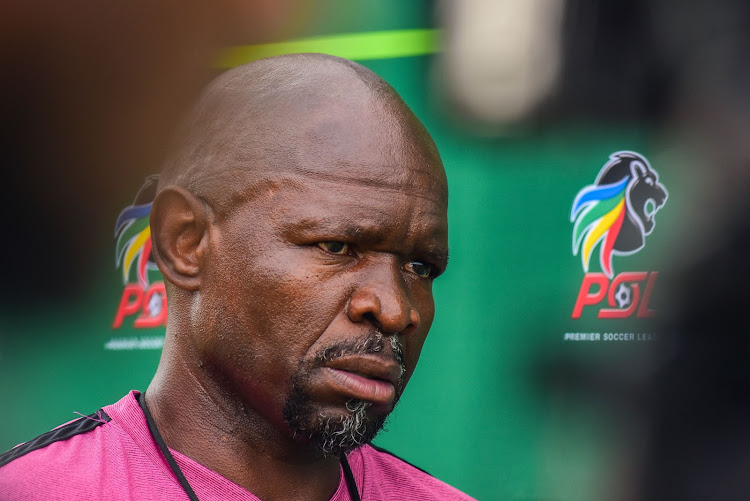 Steve Komphela has for the first time publicly responded to his impersonator Simangaliso Mdluli and he is not amused at all.

Komphela went as far as saying Mdluli’s actions have left him feeling “embarrassed” and “belittled”.

Mdluli shot to fame two years ago when he used his Twitter account to share videos of himself impersonating Komphela during his post-match interviews when the coach was still in charge of Kaizer Chiefs.

Komphela did not have kind words for the 20-year-old University of Johannesburg student and said the youngster was “naïve” and being used for ulterior motives.

“I’ve never commented about that but I have always been watching it.

"I’m not looking at the man himself‚ I’m looking at the ones behind him‚” Komphela told reporters on Saturday in Polokwane after his Lamontville Golden Arrows were shot down 2-0 away at Polokwane City.

While many people found Mdluli’s impersonation of Komphela hilarious‚ the 51-year-old Kroonstad-born coach questioned the intentions of the young man.

“There is a general tendency when a black man is given a platform to disrespect people‚ bring them down or when all those fail then there’s a smear campaign.

“I hope he is making money out of this.

“You don’t’ just get on the dance floor and not make money.

"So I will allow him to enrich himself on my back I don’t have a problem with that but it depends on his intentions‚” said Komphela.

“His intentions compared to other people’s intentions might not necessarily be the same. The only thing that I wish is that he is genuine.”

The Golden Arrows coach said he suspected soon after Mdluli’s videos went viral that there are people behind the youngster who have ulterior motives.

“At the beginning when that started‚ the tone was clear and I could sense what was coming behind it.

“There were people who would give him a platform to do things that were just ridiculous. I don’t respond to ridicule. I look and I watch.

The former Chiefs and Bloemfontein Celtic coach described the youngster’s actions and the people who are supposedly behind him as stooping low.

“If you have ulterior motives‚ I will never ridicule you. I’ll become a bigger man. Like Michelle Obama said‚ ‘when they go low‚ we go high‚’” said Komphela.

“When you feel you are being embarrassed and being belittled‚ understand that you are a black man and you deserve no respect.”