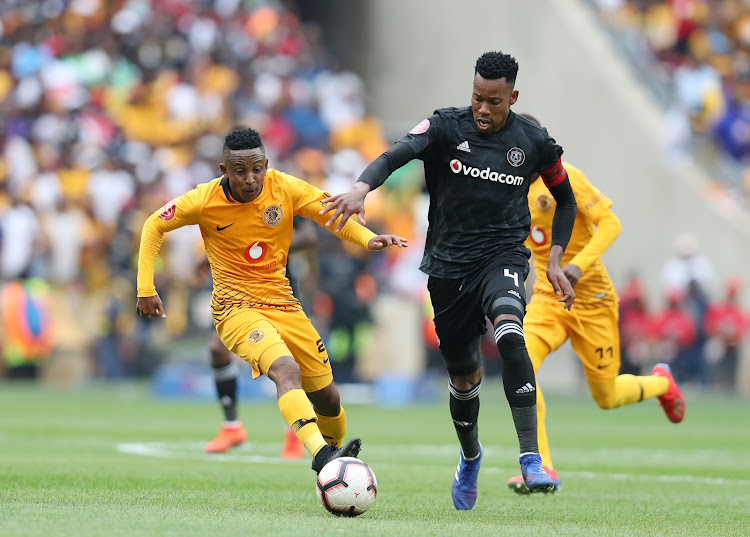 Kaizer Chiefs coach Ernst Middendorp has put Hendrick Ekstein's propensity for playing a decent period of a game but making crucial errors that can lead to goals conceded down to having had a lack of continuous game time in his career previously.

Ekstein‚ the enigmatic youth product of Chiefs who is now 28‚ put in another good shift in Saturday's Absa Premiership Soweto derby 1-1 draw against Orlando Pirates at FNB Stadium‚ in his best season so far for Amakhosi.

But‚ after Daniel Cardoso's penalty put Chiefs ahead in the 53rd minute‚ Ekstein gave away possession in his own half in the 80th minute. Man of the match Ben Motshwari took the ball and provided the through pass for Thembinkosi Lorch's equaliser.

Despite this being Ekstein's second such mistake in recent weeks‚ having also given the ball away loosely not shielding it correctly on the turn in a Caf Confederation Cup defeat against Zesco United‚ Middendorp defended Ekstein as "one of the best players I have worked with".

The coach said the midfielder has not benefited from enough game time before Middendorp's arrival to replace Giovanni Solinas on December 9.

"Look at the games of a player like Hendrick Ekstein before December 9. It was a game here‚ then 20 minutes there‚ then 60 minutes here‚ and then nothing for three weeks‚" Middendorp said.

"And I think if you are in this area then players‚ to grow and to really be at 90 minutes consistency‚ responsible‚ accountable‚ expressing their whole talent and skills sets‚ need games.

"And you need games over a longer period. Not only over two months‚ or whatever.

"You need the training in the week to get it right‚ to get the information‚ to get soccer-related knowledge and tools‚ and then to find the solution.

"Hendrick is an outstanding player. And he's not a youngster any more - that's the next point. He's 28.

"And this is definitely somebody who can carry a team forward‚ with his ideas‚ with his stuff that he is regularly doing.

"It happens [mistakes]‚ unfortunately. But what can we do? We could have corrected it [after the mistake happened]‚ but that's part of the team's work.

"We could have corrected it‚ closed the space‚ then nothing would have happened.

"So OK. It's unfortunate when it happens. But for me he's an outstanding player. He's one of the best players I have worked with."

Despite his notable improvement this season‚ Ekstein remains a divisive figure.

He is a crowd favourite in the stands for his skills. More discerning fans‚ and the press‚ raise concerns about technical flaws that persist.

Sixth-placed Chiefs' next fixture is against Polokwane City at Peter Mokaba Stadium in the league on Saturday‚ February 23.

Kaizer Chiefs’ star forward Khama Billiat has admitted that he enjoys having Siphelele Ntshangase playing behind him‚ and the service that he ...
Sport
2 years ago

Orlando Pirates might benefit from more consistency in their lineups‚ coach Milutin Sredojevic has conceded ahead of Saturday’s Absa Premiership ...
Sport
2 years ago
Next Article