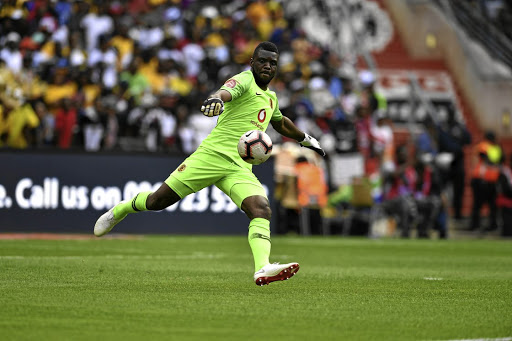 After their Soweto derby performance, Kaizer Chiefs will feel that the team has made progress in the two months that Ernst Middendorp has been in charge, following years of humiliation at the hands of Orlando Pirates.

Middendorp has injected a good dose of tactical audacity and the unconventional that has turned the team into an unpredictable bunch.

On Saturday, the Glamour Boys had some dominant phases in the 1-1 draw where they eventually relinquished their lead.

The 60-year-old boss continued to demonstrate boldness in his team selection after benching Willard Katsande and having George Maluleka as the midfield anchor, while handing Daniel Akpeyi his debut in the big match.

"I don't think there is a contract that guarantees that a certain player will start," Middendorp said about starting Katsande on the bench.

Bucs winger Thembinkosi Lorch grabbed the equaliser in the 80th minute after a Daniel Cardoso penalty had put Chiefs ahead in the 53rd minute.

On his team failing to hold on to their lead, the former Maritzburg United coach said: "Of course I expressed my disappointment but not about the performance but more about the outcome. I would not be right if I wasn't a little disappointed."

With the error-prone Virgil Vries relegated to the stands, Akpeyi is the new regular stopper in the absence of Itumeleng Khune.

"He [Akpeyi] handled it very well," Middendorp said. "We got confirmation that we made the right decision to bring him in."