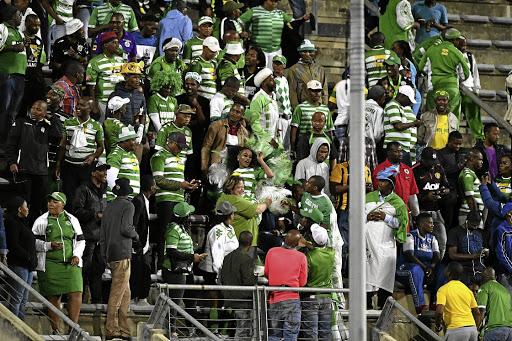 Bloemfontein Celtic supporters are fed up with being kept in the dark about club matters and have made their point to management.

This comes after they met with the management on Tuesday and both parties agreed there's been a communication breakdown.

Usually backed by a strong crowd at home, the supporters boycotted the match against Golden Arrows, which finished 1-1 at Dr Molemela Stadium last weekend, with less than 500 attending.

Pule said the matter of coach Steve Komphela leaving under a cloud was discussed. Komphela, who has since joined Arrows, penned a damning resignation letter last month that laid bare many of the club's problems.

"Our training grounds are in the worst condition ever for a professional club. They are untidy and need maintenance... We had a terrible pre-season, if any at all," Komphela's lengthy letter reads in part.

Pule continued: "There are a number of issues. We told them about the coach's departure and that we don't know whether the caretaker coaches [Lehlohonolo Seema and John Maduka] are in charge until the end of the season."

He further noted that the players going on strike over the months due to unpaid salaries and signing-on fees has been weighing heavily on the minds of the supporters.

"The meeting resolved that they have heard what we are saying and there will be a general meeting [with all the supporters invited]," Pule added.

Celtic chief executive Khumbulani Konco referred us to the statement released by the club on their website.

"Celtic management have agreed to address the supporters at a general meeting to be held soon," it reads.