Life's a beach for Bafana 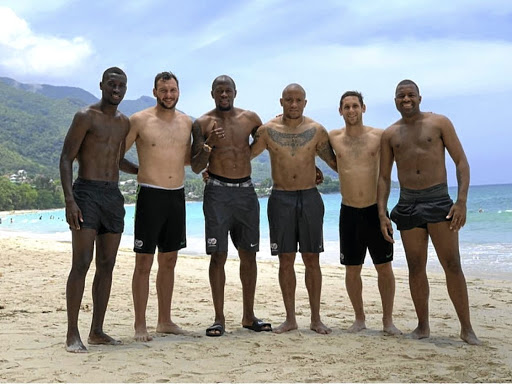 Bafana Bafana's unsuccessful trip to the Seychelles will not be remembered for their display on the pitch but rather a now infamous social media picture of the players soaking up the sunlight on the beach at the renowned resort destination.

The picture now makes it seem as if Bafana were holidaying rather than on national duty after failing to deliver a winning performance against the island nation on Tuesday.

The national team arrived back home in a sombre mood with with little fanfare at the OR Tambo International Airport yesterday.

Coach Stuart Baxter came to the players' defence over what is seen as gaffe, saying it was blown out of proportion.

"Any hotel of any quality in the Seychelles is on the beach. If the lads take a walk, they walk straight onto the beach," he said. "I don't think that is to be exaggerated. Maybe their choice is not the best in that place... but we were literally on the beach."

He dismissed claims that the players were taking it easy and were too confident of a victory after their record-setting 6-0 win at the weekend.

"I don't think the boys were complacent, honestly. I think they were ready for it and it was very frustrating.

"Maybe we did not have enough quality on the pitch at the right times.

If we had we would have won," he said.