No SOS as Chiefs stumble again 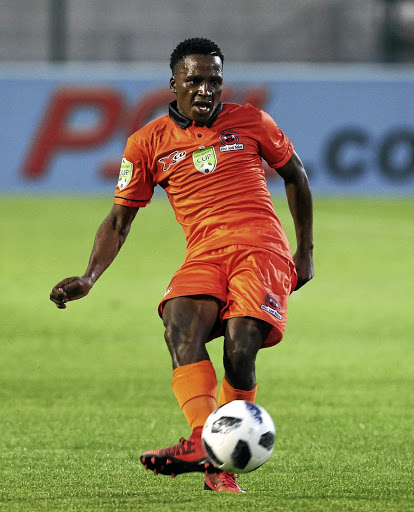 Kaizer Chiefs coach Giovanni Solinas feels the Absa Premiership title will be won by the team that wants it the most.

The Italian feels there is relative equality in the local league, with a number of clubs able to clinch the title while the smaller teams may have a say in who wins the championship.

A case in point was Amakhosi getting stunned 1-0 by Polokwane City at an empty Moses Mabhida Stadium at the weekend. Vusimuzi Mngomezulu scored for City.

"The league is very balanced. There will be a battle for the title until May because the level has improved.

"The gap between the big and small teams has narrowed," Solinas said.

"Everyone can compete. It's not important that we lost [against City]; we are still going to compete for the title."

The Glamour Boys collected one point out of a possible six after a goalless draw with Highlands Park in midweek and the 1-0 loss now to Rise and Shine.

Solinas did not express concern that his players failed to find the back of the net in back-to-back games.

"I am sure that we will continue to score because we play attacking football," he said.

With the international break, the tactician will find more time to work on implementing his philosophy.

He will have much of the squad to work with except for Godfrey Walusimbi (Uganda), Khama Billiat, Teenage Hadebe (Zimbabwe), Ramahlwe Mphahlele and Itumeleng Khune.

"It's a pity that we lost the game before the Fifa break. It would have been better to go into the break with better morale and mood.

"For me it's a pleasure when our players get national team call-ups. It's good for the prestige of the club."