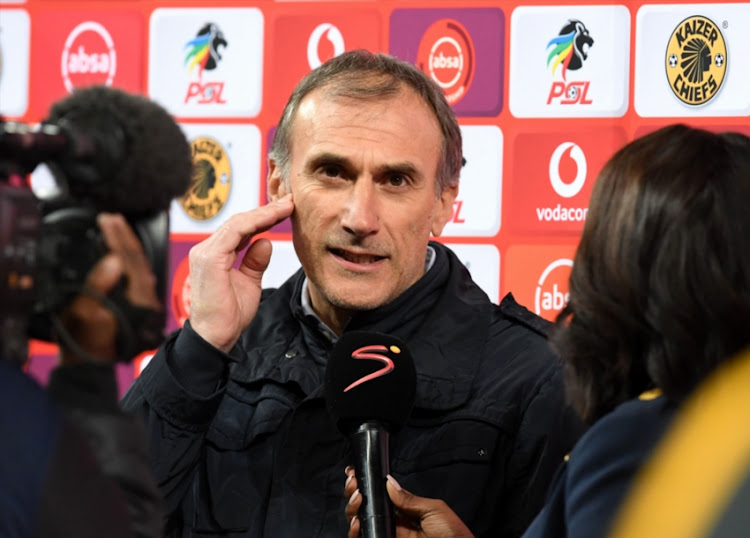 Kaizer Chiefs coach Giovanni Solinas is dreading the prospect of motivating his players for a match that he has described as a funeral.

Chiefs will host Polokwane City behind closed doors in Saturday’s Absa Premiership fixture at Moses Mabhida Stadium in a match which‚ by instruction of a Premier Soccer League disciplinary committee (DC) ruling‚ must be played in front of empty stands.

This was part of a punishment for a violent pitch invasion by Chiefs’ fans at Moses Mabhida after their 2-0 Nedbank Cup semifinal defeat against Free State Stars last season.

Solinas admitted that he was not looking forward to a game that will be played in eerie silence.

“It’s a difficult game for us‚” the coach said.

“In my opinion football without the supporters is a funeral.

"Because the fans make the atmosphere beautiful for playing football.

“In the game against Cape Town City in Cape Town [Chiefs’ 4-1 win last month] there were 30 000 supporters there for us.

“But it’s not an excuse.

"We have tried to prepare very well for this game. And we will try to win the game for our fans.”