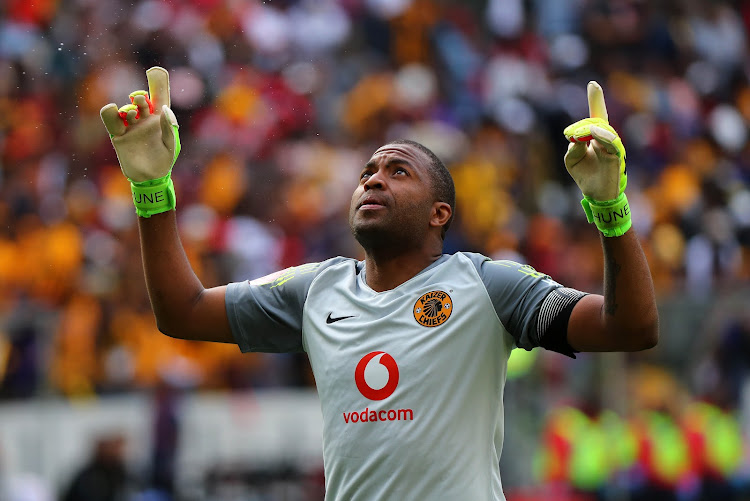 There may be “no small teams in the PSL any more”‚ but Kaizer Chiefs goalkeeper Itumeleng Khune has warned AmaZulu that a new-look Amakhosi will be a different prospect from the side Usuthu drew twice against in the Absa Premiership last season.

Cavin Johnson’s well-drilled AmaZulu – denied a top eight place in the boardroom having bought their way into the PSL purchasing promoted Thanda Royal Zulu last season – are a case in point that small teams cannot be underestimated in the top-flight.

Usuthu forced champions Mamelodi Sundowns to come from 3-2 down and earn a 3-3‚ pound-for-pound draw in Umlazi on Sunday.

That game was part of a frenetic weak in the PSL where goals have been scored at a pulsating rate. This included results such as Chiefs’ 4-1 win against Cape Town City‚ Orlando Pirates’ 3-1 victory against SuperSport‚ and City’s 2-2 draw against Pirates at Orlando Stadium on Wednesday coming back from 2-0 down.

“Even us against Celtic – we were leading 2-0‚ they came back to 2-2 and we dropped two points at home‚” Khune said‚ referring to a draw against Phunya Sele Sele at FNB on August 29.

“So yes‚ I agree; I’ve said it for the past few seasons‚ that there are no more small teams.

“We won’t let these two wins get into our heads. We just have to continue working hard and getting as many points as possible.”

Chiefs followed up Saturday’s thrashing of City at Cape Town Stadium with a 2-0 win against Free State Stars at Goble Park on Tuesday night fielding a near-B team.

The back-to-back wins will have come as some relief for new coach Giovanni Solinas after a nervy start at Amakhosi.

Solinas will know that Chiefs will need a solid plan to pick up a third win against nuggety AmaZulu.

“Last season we only picked up two points against them – we played 0-0 [home and away]. And it shows that they are not an easy team to beat.

“But for us it’s a new season‚ with new players; a different mindset‚ different approach‚ different planning. So we will plan differently for them.

“Because we’ve got a very good squad. Everyone who has been given a chance up to this far has proven that he deserves to play‚ he deserves to be in the starting XI.

“We just want to give our coach a little bit of a headache where everyone is performing‚ everyone wants to start and wants to get results for the team.”

Chiefs’ first and second PSL victories of the season this week‚ to go with four draws and a defeat‚ pushed them up to fourth place.

AmaZulu are in ninth place with two wins‚ a draw and two losses from five games.