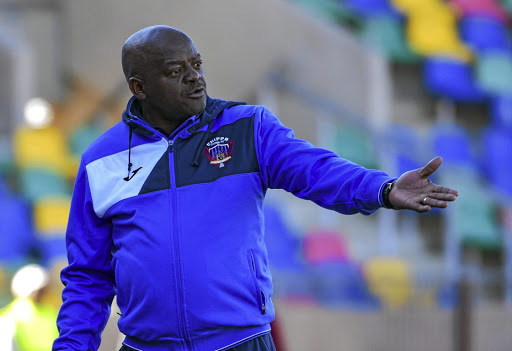 TS Galaxy coach Dan Malesela thinks his National First Division (NFD) experience will count for nothing, having returned to the second-tier of SA football after five different spells with top-flight side Chippa United.

Malesela, 53, is no stranger to the NFD. Chippa scouted him from the very same league while he was mentoring the now-defunct Cape Town All Stars in 2015.

Three years later, Malesela is back coaching in the NFD. He joined Galaxy after he was unceremoniously fired by Chippa early this month.

"Yes, I have a vast knowledge of the NFD but that does not guarantee success. I doubt my past experience in this league will count. It's a new chapter. It's a collective thing after all," Malesela said on Monday.

Galaxy are still winless in their four opening fixtures with three draws and a defeat. Malesela's first match in charge was a 1-1 draw against Ubuntu Cape Town at the weekend. His predecessor Vusi Mkhatshwa was fired after three games.

The former Chilli Boys tactician said he looks to bolster his squad in defence and attack. Notwithstanding his aspirations for promotion to the top-flight, Malesela revealed that his mandate at the club was to build a competitive squad.

"I am not entirely happy with my squad. My task is just to build a strong team. But I am aware that there's nothing to play for in the NFD except for promotion, which is very important," Malesela said.

"Whether you get promoted via playoffs or automatically, we all want to go to the Premiership. There's also relegation that must be avoided."