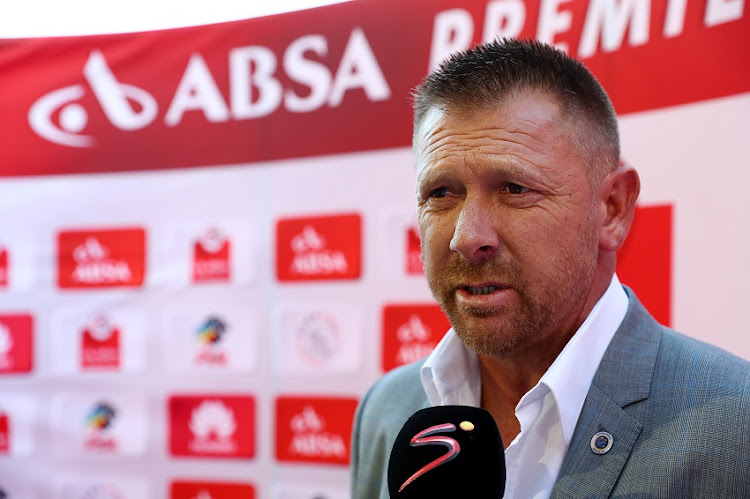 Eric Tinkler has said that the controversial Siviwe “Chippa” Mpengesi‚ owner of struggling Absa Premiership side Chippa United‚ has a good heart and he is largely misunderstood.

Mpengesi is well known for being trigger-happy when it comes to firing coaches.

New Chippa coach Tinkler‚ however‚ says he is not worried about the chop as he has negotiated a deal to lead the club‚ who are sitting at the foot of the Absa Premiership standings after four matches‚ with full understanding of the terms and conditions.

Tinkler arrived in Port Elizabeth last week following the dismissal of Dan Malesela after three league matches and he faces a mammoth task to get Chippa’s campaign on track.

“I have actually found this man to have a soft spot and I think people just misunderstand him to a degree‚” said Tinkler after he lost his first match 2-1 as Chippa coach to his old team‚ SuperSport United‚ in Pretoria on Wednesday.

“Be a player or a coach‚ you get an opportunity in the negotiations to ensure that the terms and conditions of your contract suit you. You can’t be coming out later and complaining about certain things. I made sure that the terms are good‚” he said.

“After sitting down with him [Mpengesi]‚ I realised that he also gets a little bit hard-pressed‚ if I must be honest. He is very passionate about his club and he has the right to be.

“Nobody likes to see coaches being fired but I have also just been without a job for about six months and it is not easy. But‚ that is the life of the game because the expectations and demands are increasingly greater.”

Tinkler‚ who has been without a club for about six months since he was fired by SuperSport earlier in the year‚ said that he took the Chippa job because he believes in the players at the club.

“I recognised the squad because I watched them and I believe that it is a good squad. I have been working with the boys for four days and there is a lot of work to be done‚” he said.

“Fortunately there is the Fifa break and it will give us the opportunity to work on certain things.

“My immediate focus is defence because we conceded soft goals against SuperSport. We must show bravery on set pieces and in terms of our marking.”