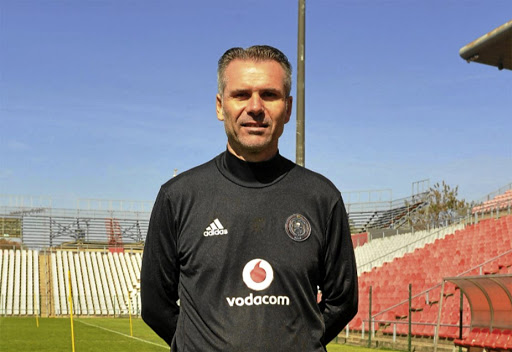 Before the start of the season, Pirates roped in Adam as their "specialist coach for finishing". Sikhosana believes the Sea Robbers should have given this job to a local retired striker, hinting he'd love this task.

"We can't just bring a Western culture while we've got local people who can get the job done. Not to say that I can change things but maybe talking to the boys, as someone who has done it in the same team, can make a difference," Sikhosana said on the sidelines of the Flava Yase Kasi tournament at Pimville's Nike Centre in Soweto on Saturday.

"As ex-strikers, the legends who played the game and scored goals, we've been crying about this [to be given the chance to impart knowledge to the current crop of players]. It's so disappointing.

"I feel it's time for me to give back my knowledge to the current crop of strikers at Pirates.

"I know how it is to wear that black and white jersey, it's not just any jersey. Pirates is an institution. It needs people with character and aggression, just the way I used to play."

The Buccaneers have so far failed to live up to pre-season hype. They've only won one of their four league fixtures, with one draw and two defeats.

Sikhosana blame this slump in form on "over-coaching".

The man nicknamed "Legs of Thunder" thinks Pirates coach Milutin Sredojevic and his assistant Rulani Mokwena give players too much information.

"Micho and Rulani just have to change a few things tactically. [They] may be over-coaching.

"Somewhere, somehow you look at them on the bench and you see that there's a lot of information given to the players," noted Sikhosana.

"There's quality in the team.

"Maybe changing the playing personnel also contributed to this slump. But I don't see them struggling in the next few games. They'll redeem themselves."

The Flava Yase Kasi tournament is a five-a-side contest that pits seven Gauteng townships - Tembisa, Katlehong, Mamelodi, Vaal, GaRankuwa, Alexandra and Soweto - against each other. Katlehong were crowned the kings of kasi, taking home R30000 and a mobile kit container.