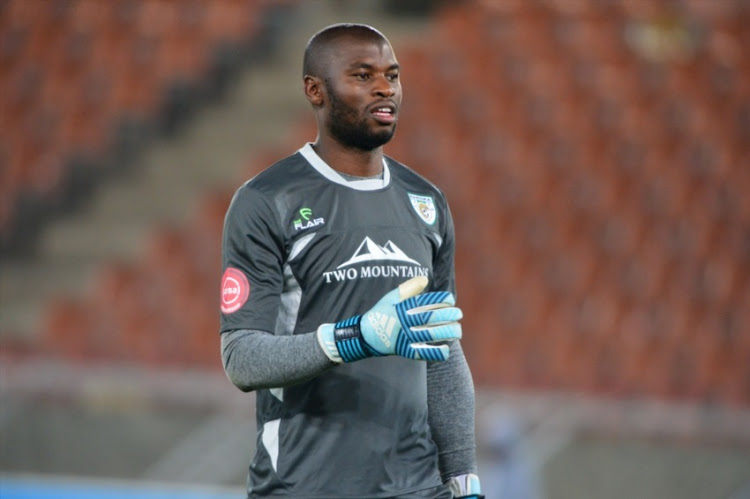 Baroka FC goalkeeper Ayanda Dlamini is in hot water after he tried to smash a soccer ball at a ball boy during the side's 2-0 league defeat to Polokwane City in the Limpopo derby at Peter Mokaba Stadium last week.

The hapless ball boy seemingly rubbed Dlamini up the wrong way during the tense match and horrified television viewers at home and fans inside the stadium watched as the goalkeeper tried to strike the youngster.

Dlamini only received a yellow card after the incident but Baroka chief executive Morgan Mammila is having none of it and he confirmed to SowetanLIVE that he is going to throw the book at the goalkeeper.

“What he did was definitely not what we expect from a Baroka FC player and we are definitely going to fine him‚" said Mammila.

"His behavior was unsporting but we will deal with him internally because we expect exemplary conduct from anyone associated with the club.”

To his credit‚ Dlamini has apologised for the incident.

“I want to apologise for what happened in our match against Polokwane City last weekend where I hit the ball boy with the ball‚" he said.

"I profusely apologise to the boy‚ my team-mates and all the people who have seen the incident and I promise that it will never happen again.

"Tempers were high at that point in time and emotions got the better of me and once again I want to apologise.”

Mammila said while they are not happy with Dlamini‚ he will be available for selection in their next match against Highlands Park next Wednesday.

Baroka are 10th on the Absa Premiership standings with four points from as many matches.

Mammila said they would continue to support coach Wedson Nyirenda in his mission to build the team into a formidable force in the league.

“Our start to the season could have been better but we are confident that we will improve in the coming weeks‚" the Baroka boss said.

"We will continue to support coach Nyirenda because we believe he is the man who can take us places.

"I foresee him finishing the season with us because he one of the best we have had at this club in a while.”