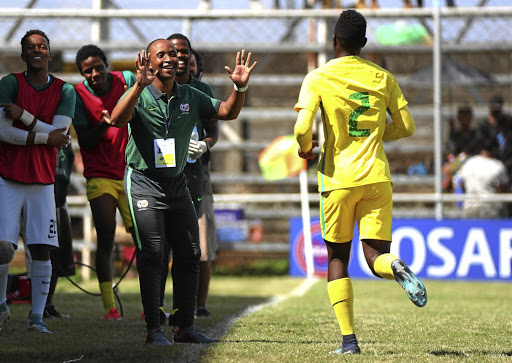 Amajita coach Thabo Senong is encouraged by the progress that has been made at under-20 national team level.

Senong's charges have qualified for the 2019 U20 African Cup of Nations following their 2-0 victory over Malawi this month.

The tournament will be played in Niger early next year.

"Initially, we looked at the team and the ambitions. We've tasted the Afcon and we said it's important to take some lessons and monitor the evolutions of the game," Senong noted.

"There's a lot of changes and progress in the team," he added, in reference to Amajita's appearance at the Fifa U-20 World Cup in South Korea last year where Amajita crashed out in the first round.

The top four teams at the Afcon tournament next May will qualify for the 2019 World Cup in Poland.

Off the field, Senong lauded the input from some members of Bafana Bafana's 1996 Afcon winning squad, as well as the team's current coach, Stuart Baxter.

"We are fortunate that in the technical direction of our football we are led by the former captain of Bafana, Neil Tovey. Also, we brought in Helman Mkhalele as the assistant coach of Amajita," said Senong, Baxter's right-hand man at Bafana.

"Coach Baxter is very strong tactically and [he is] a modern, sharp, astute coach. He enjoys spending time and conducting sessions with the boys."

Senong added that "the synergy has been good because it's important that the senior national team coach gets to be closer to these players".

He said such interaction will enable Baxter to fast track the development of youngsters by giving them caps at a younger age.

Senong hopes there will be no club versus country situation when he picks his squad for the Niger championships.