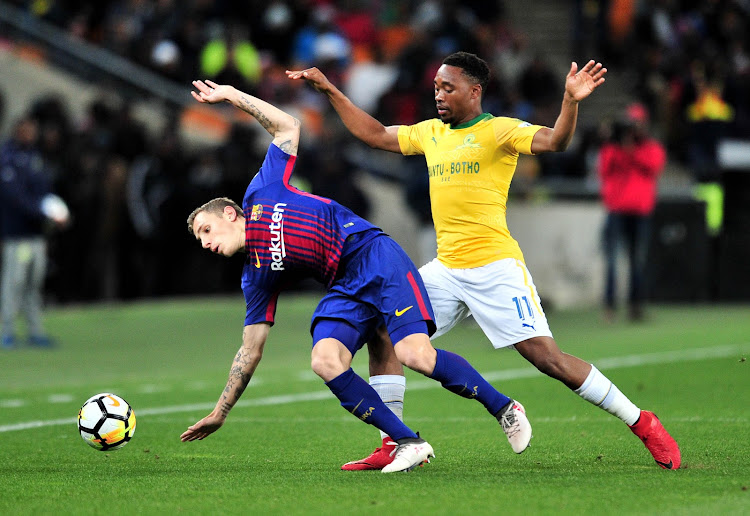 Sundowns are not quite at desperation stages yet‚ despite starting with two draws – 1-1 at home against Morocco’s Wydad Casablanca and 2-2 in Guinea against Horoya.

Six points against Association Sportive Togo-Port‚ in Lome on Tuesday night‚ then back at Lucas Moripe Stadium in Atteridgeville next Friday (July 27)‚ would see Downs right back in the driving seat for at least second place‚ and qualification for the quarterfinals.

But maximum points from one of the games‚ and perhaps a point from the other‚ would seem the minimum requirement for 2016 champions Sundowns to keep their ambition to regain their title on track.

Itumeleng Khune expressed optimism that the players will adjust well to the tactics of new Kaizer Chiefs coach Giovanni Solinas after admitting to ...
Sport
3 years ago

“The most important thing‚ since we are playing the side who are lowest‚ is to keep them there‚” Vilakazi said.

“We haven’t had the greatest start‚ as we would have wanted to. But at least we’ve been able to get points out of the games we’ve played.

“The target is to win the Champions League again. And with the team we have I believe we are capable of going all the way.

“In the group stage we’re playing against the top teams. They have accumulated so many stars [above their badges‚ for winning the Champions league]. So we still have to catch up.”

Kaizer Chiefs have unveiled their new Nike jersey for the coming Absa premiership season just days after announcing Italian Giovanni Solinas as their ...
Sport
3 years ago

Vilakazi said any hangover from Sundowns recapturing their Absa Premiership title from 2016-17 champions Bidvest Wits‚ the forward’s previous team‚ in May has long subsided.

“We had our celebrating moments and those are gone.”

Sundowns will be without Gaston Sirino in Lome‚ as the Uruguayan forward is suspended.